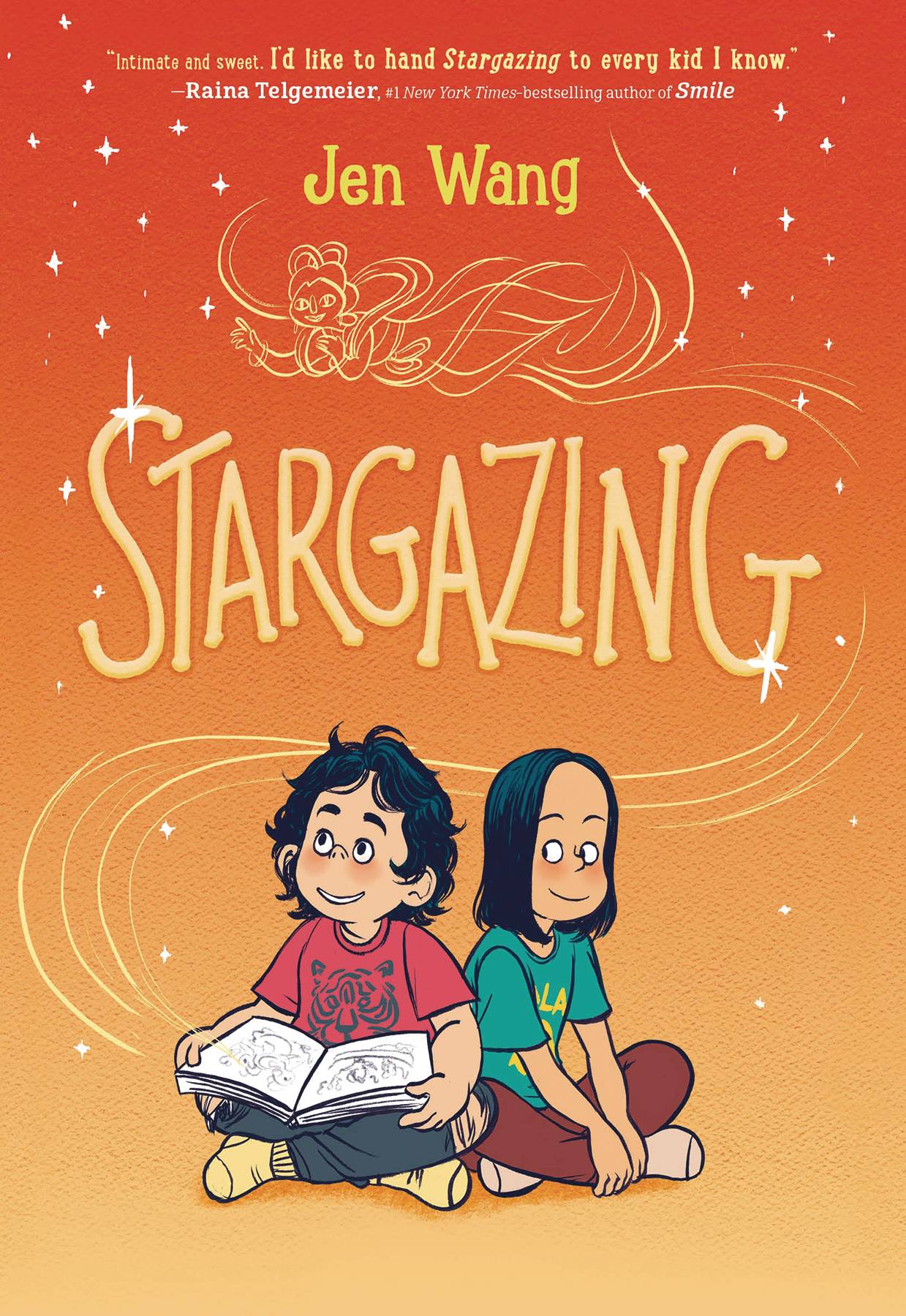 Moon is everything Christine isn't. She's confident, impulsive, artistic . . . and though they both grew up in the same Chinese American suburb, Moon is somehow unlike anyone Christine has ever known.

But after Moon moves in next door, these unlikely friends are soon best friends, sharing their favorite music videos and painting their toenails when Christine's strict parents aren't around. Moon even tells Christine her deepest secret: that she has visions, sometimes, of celestial beings who speak to her from the stars. Who reassure her that Earth isn't where she really belongs.

Moon's visions have an all-too-earthly root, however, and soon Christine's best friend is in the hospital, fighting for her life. Can Christine be the friend Moon needs, now, when the sky is falling?

Contributor Bio(s)
Jen Wang is a cartoonist, author, and illustrator living in Los Angeles. She is the author of The Prince and the Dressmaker, Koko Be Good, and co-author of the New York Times-bestselling graphic novel In Real Life with Cory Doctorow. Her work has also appeared in Los Angeles Magazine, The Believer, Hazlitt, Slate, and McSweeney's. She has also written for the Adventure Time and Lumberjanes comic series. She is the co-founder and organizer of the annual festival Comics Arts Los Angeles. jenwang.net
In Shops: Oct 02, 2019
SRP: $21.99