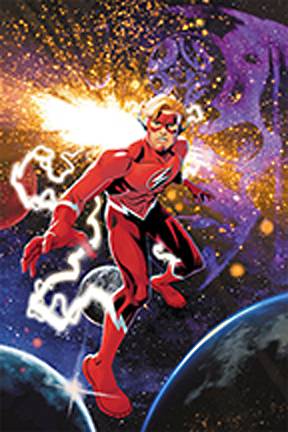 #
JUL191857
His name is Wally West-and he was the Fastest Man Alive. That is, until the Multiverse was rewritten without him or his family in it. Wally returned and tried to make it work, but the damage was done. Spinning out of the events of HEROES IN CRISIS, follow the man who called himself FLASH on an adventure and find redemption in a cosmos that has fought so hard to destroy him. FINAL COVER MAY VARY. ALLOCATIONS MAY OCCUR.
In Shops: Jan 13, 2021
SRP: $29.99