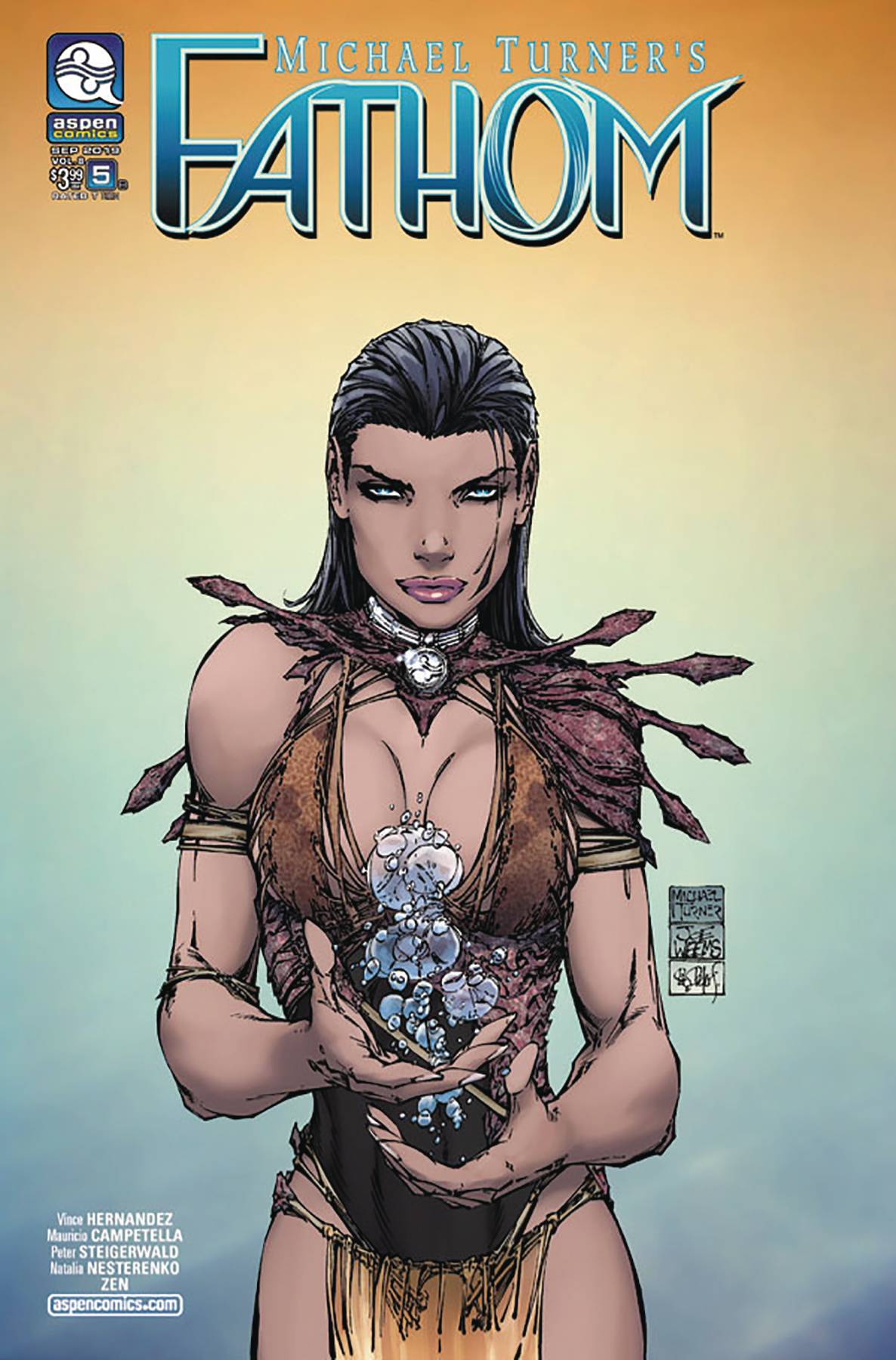 #
JUL191596
(W) Vince Hernandez (A) Mauricio Camptella (CA) Michael Turner
The world below is no longer a secret and everything has led to this...

In the past, The Black shattered the surface world in ways that humanity still has not recovered from. But now, they look to their own, as The Blue capitol city of Muria is set in their sights with Anika as its new leader. Meanwhile, Aspen and Kiani discover that Killian's ultimate plan for The Blue is to rise up from the ashes of destruction into something far greater...even if it means he is the one forging the devastation. The penultimate issue to volume eight will forever change the landscape of the Fathom Universe!

Aspen's Vince Hernandez (Michael Turner's Fathom: Kiani, Charismagic) marks his debut on Fathom's principal series alongside artist Mauricio Campetella (Jirni) and colorists Peter Steigerwald (Fathom, Superman/Batman) in a storyline that will define the Fathom universe for years to come!
In Shops: Sep 18, 2019
SRP: $3.99
View All Items In This Series