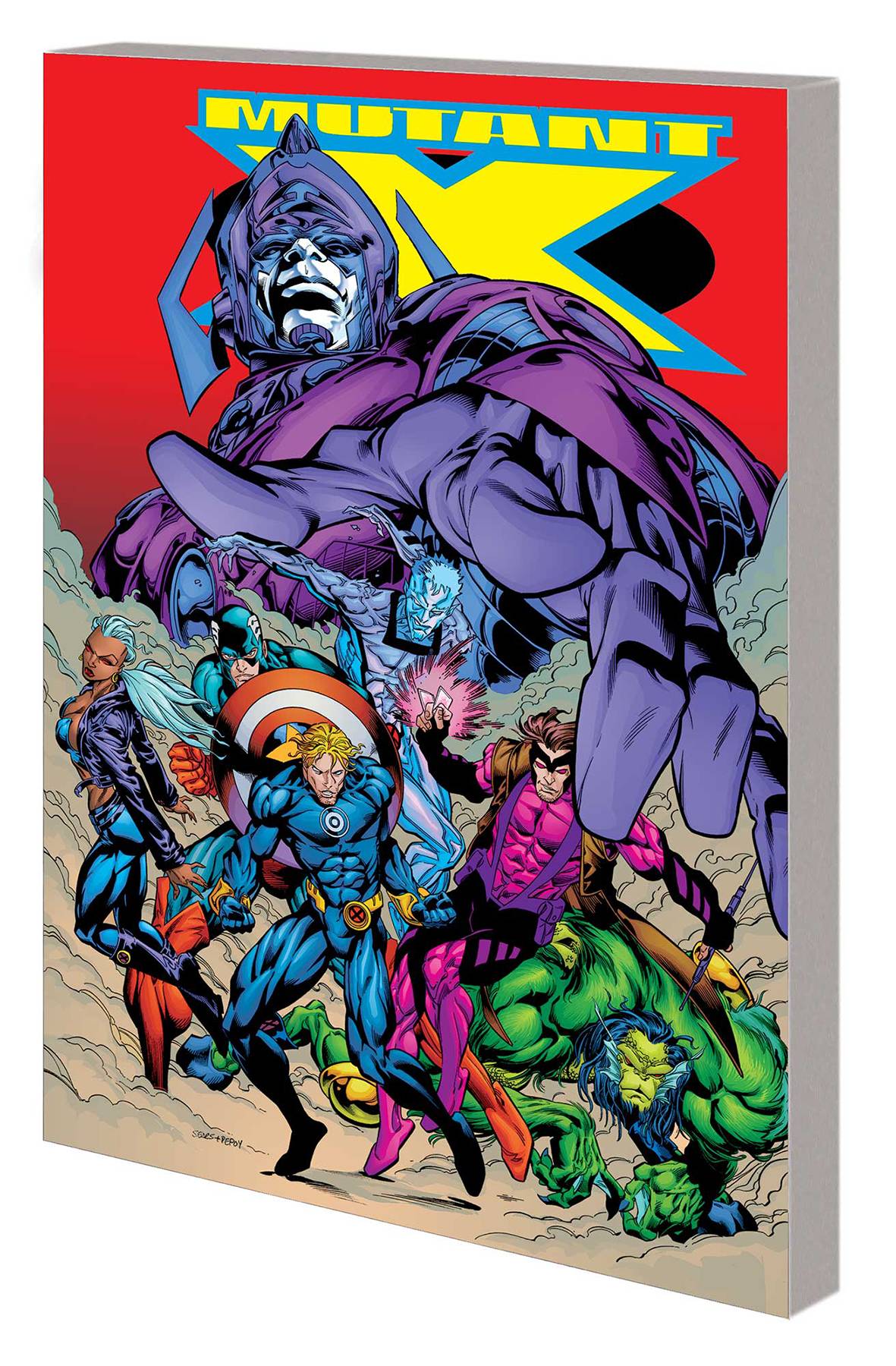 #
JUL191122
(W) Howard Mackie (A) Javier Saltares, Tom Lyle, More (CA) Bart Sears
Havok's alternate-universe adventures conclude! Bloodstorm's tragic history with Gambit is revealed, as Nick Fury plots to rid this strange parallel world of the mutant plague! A familiar face makes her return as Professor X is attacked by Apocalypse and his Horsemen - but who's the real villain here? And which side is Mr. Sinister on? Just ask Onslaught! Hank McCoy regains his prodigious intellect and hatches a plan to return Havok home - but can he keep himself from reverting back to the Brute? The Marauders strike, Dracula rises and Bloodstorm is targeted for (un)death! And when Havok's team heads to Canada to help Logan, an encounter with the Avengers just might kick off World War IV! Things get even crazier when the Beyonder awakens...but will Havok survive the final showdown against the true enemy? Collecting MUTANT X #18-32 and ANNUAL 2000-2001.
Rated T
In Shops: Oct 23, 2019
SRP: $39.99
View All Items In This Series