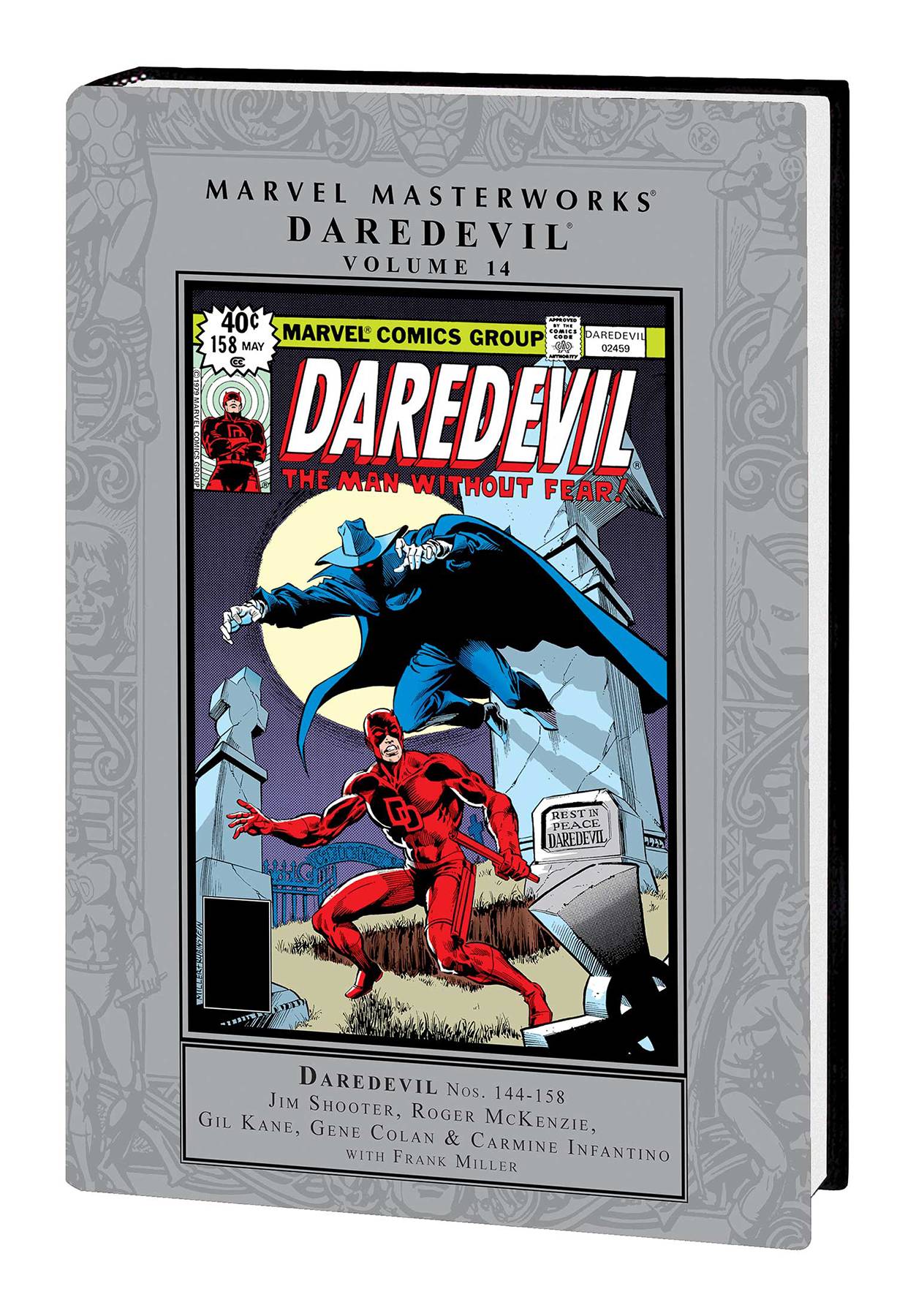 #
JUL191091
(W) Jim Shooter, Roger McKenzie, More (A) Gil Kane, Gene Colan, More (CA) Frank Miller
Dangerous and desperate, the Owl is on the attack, and he's far from the Man Without Fear's only problem! Bullseye is back, while the Purple Man has employed his mind-control powers to torment our hero and his friends alike. It's a gritty, edge-of-your-seat saga that traps DD in the Ryker's Island prison, forcing him to fight a gauntlet of his most violent enemies. The personal drama is no less captivating: After Heather Glenn discovers Matt Murdock is Daredevil, she blames him for her father's death, sending Matt into a tailspin. It won't get any easier when his old flame, the Black Widow, returns. This historic volume culminates with an epic final battle with Death-Stalker - and Frank Miller's Daredevil debut! Collecting DAREDEVIL (1964) #144-158 and MARVEL PREMIERE (1972) #43.
Rated T
In Shops: Jan 15, 2020
SRP: $75.00
View All Items In This Series