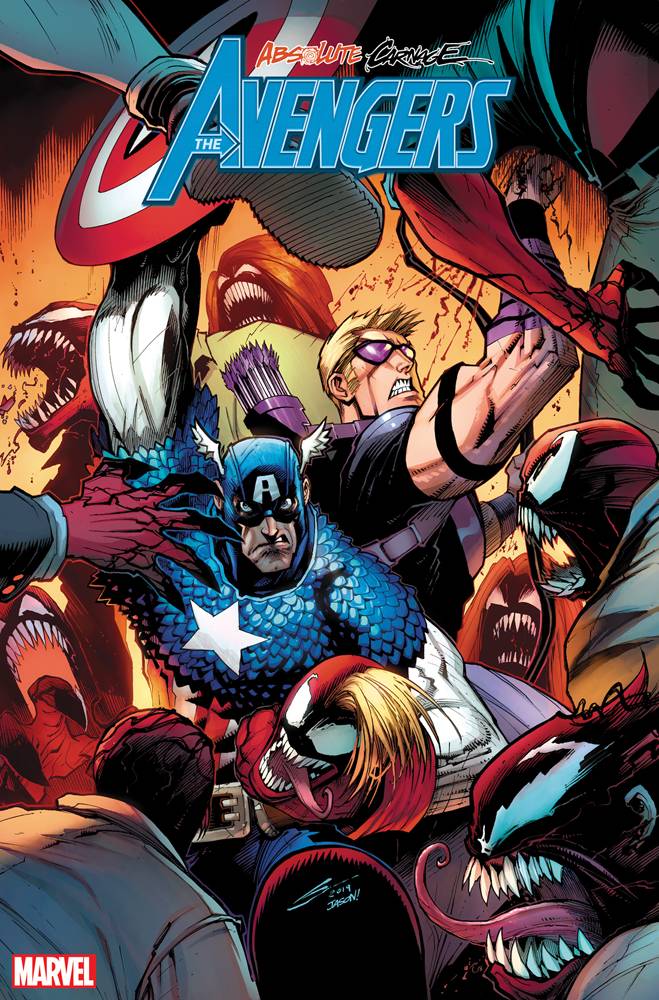 #
JUL190899
(W) Leah Williams, Zac Thompson (A) Alberto Alburquerque, Guiu Vilanova (CA) Gerardo Sandoval
CAPTAIN AMERICA! HAWKEYE! THE THING! WOLVERINE!
Years ago, Cletus Kasady used the Carnage symbiote to take over a small town called Doverton, Colorado, as well as the team of Avengers who arrived to stop him! Barely able to free themselves from his control during their first meeting, this small band of heroes will have no choice but to assemble once more after they discover that Doverton's entire population has recently fallen victim to Carnage's more lethal designs...
Rated T+
In Shops: Oct 16, 2019
SRP: $4.99