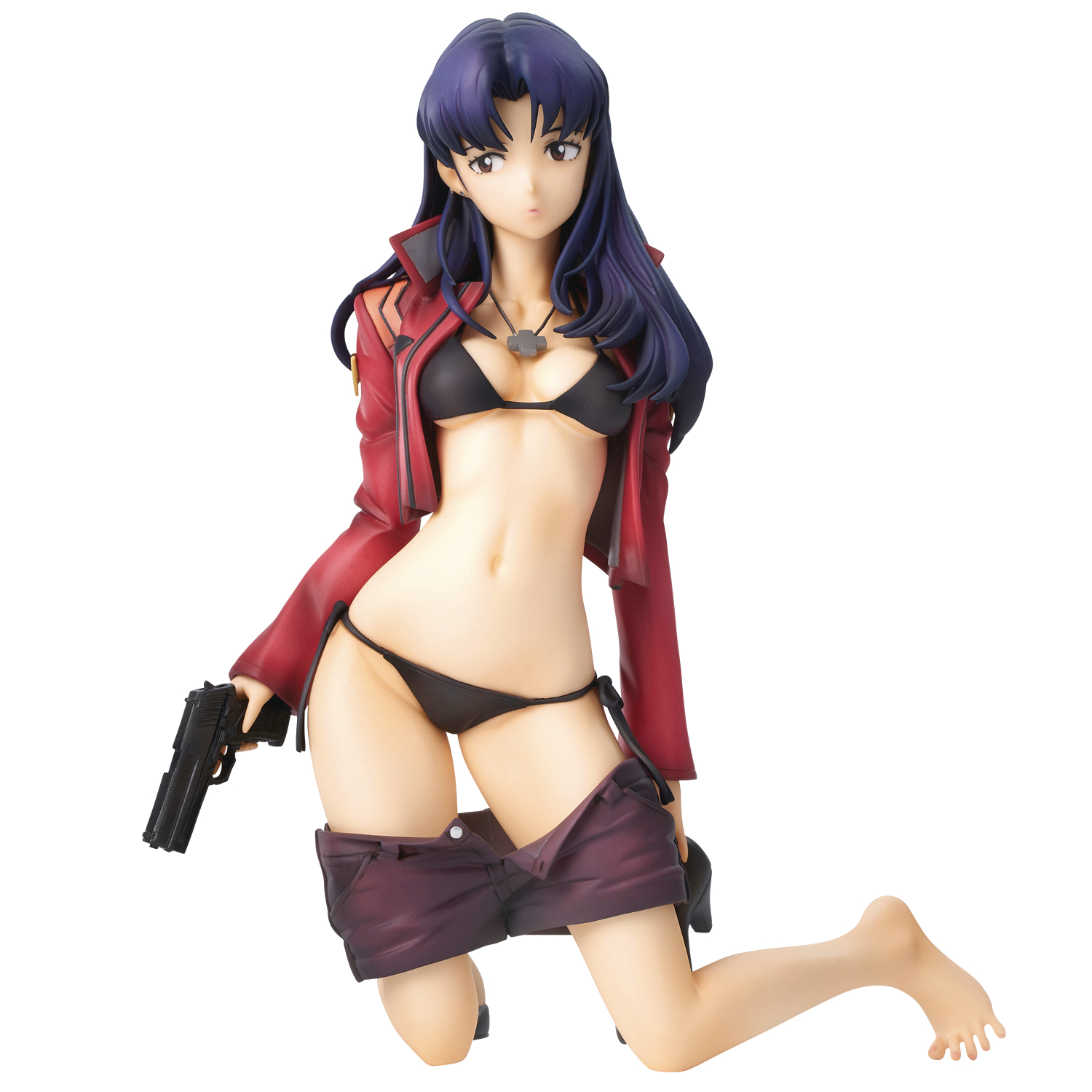 JUL188876
From Union Creative. From the Rebuild of Evangelion comes a non-scale figure of Misato Katsuragi! It's based on a 2015 calendar illustration, which features Misato in the middle of slipping off her clothes to reveal a black bikini underneath. She has a slightly suspicious look on her face, made all the more threatening by the gun in her right hand.