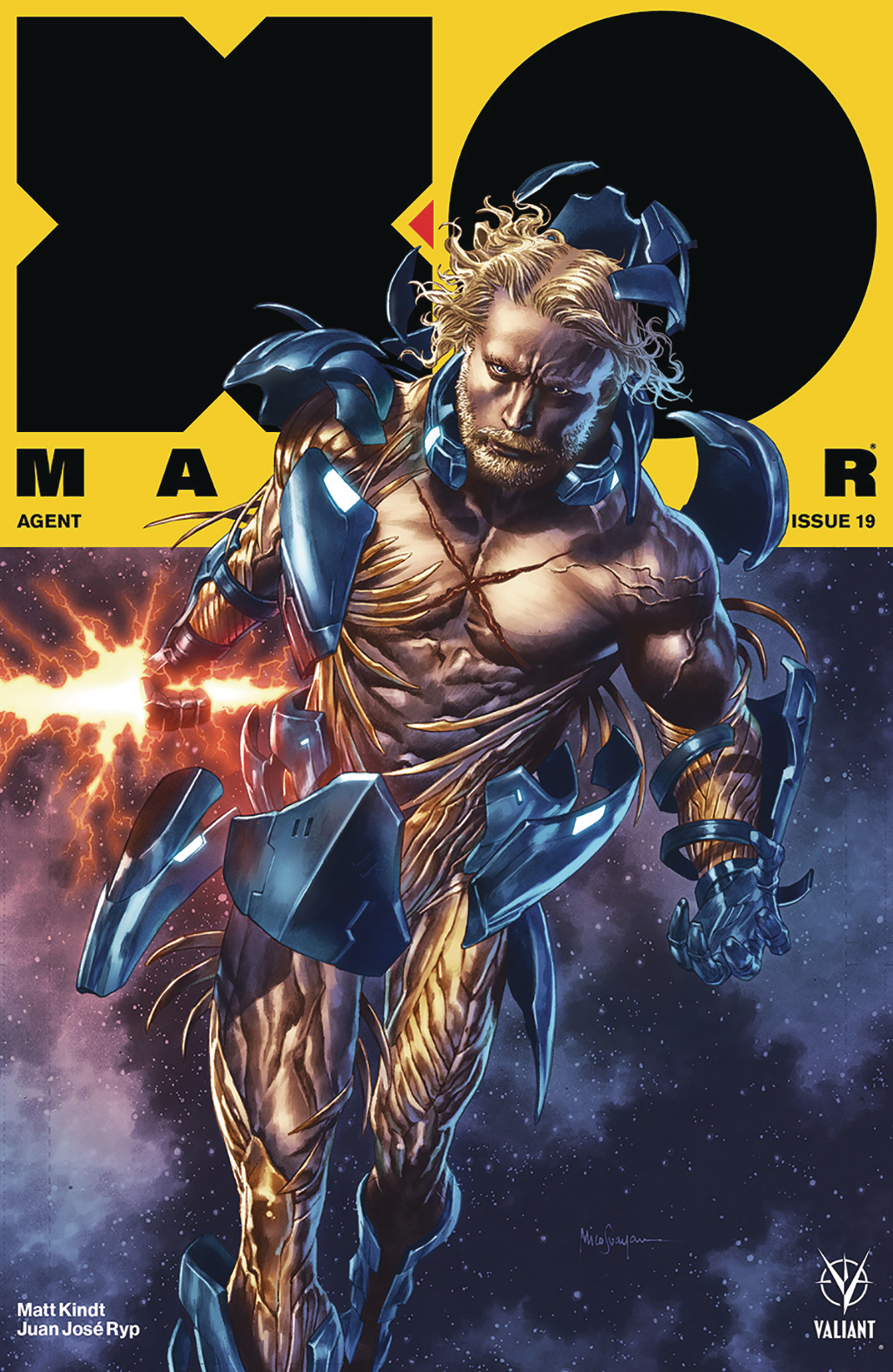 JUL182266
(W) Matt Kindt (A) Juan Jose Ryp (CA) Mico Suayan
Celebrating the 75th issue overall of X-O MANOWAR since 2012! Beyond time, space, and reality, there lies the Unknown...and now it's coming here! When soldiers from a mysterious foreign realm arrive on Earth, it's up to the armored Visigoth known as X-O Manowar - newly returned to the planet and now the leader of his own elite G.A.T.E. unit - to deal with the intrusion. But are these otherworldly emissaries truly the threat they appear to be, or does a larger danger loom over the Valiant Universe still? Worlds collide as Eisner Award-nominated writer Matt Kindt (ETERNITY, Grass Kings) and incendiary artist Juan José Ryp (BRITANNIA) bring a new plane of existence crashing down upon our own in a brand-new jumping-on point for 2017's best-selling series!
In Shops: Sep 26, 2018
SRP: $3.99
View All Items In This Series