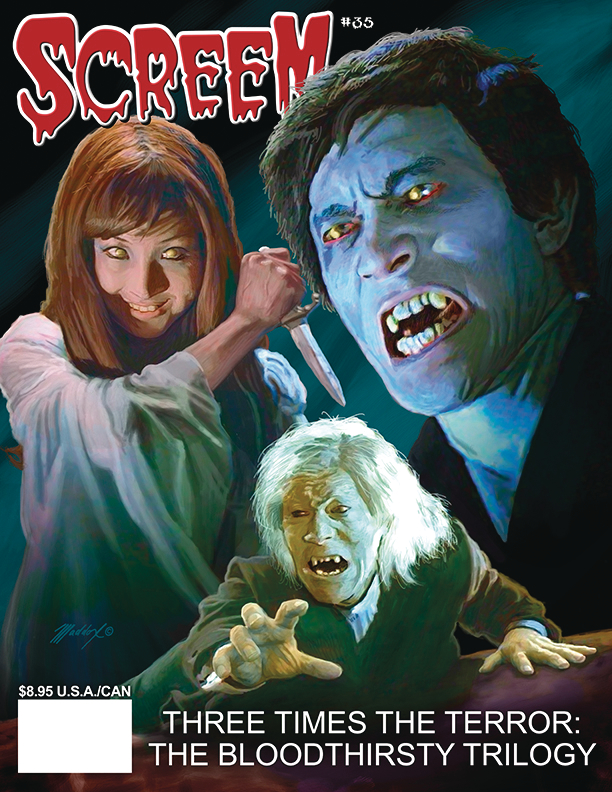 JUL182131
Screem Magazine takes a look at Arrow films' Blood Thirsty Trilogy. Toho's Lake of Dracula, Evil of Dracula, and Vampire Doll will receive their US debut release in any format (Blu-ray/DVD). Kolchak: The Night Stalker (1972) arrives for the first time on Blu ray, and Screem resurrects this classic made for TV production. Planet of the Apes celebrates its 50th anniversary, and film historian Scott Essman takes us behind the scenes of this 1968 classic film, with many rarely seen photos appearing in the article. Andy Rausch interviews Greydon Clark, who is best known for Satan's Cheerleaders and Black Shampoo.