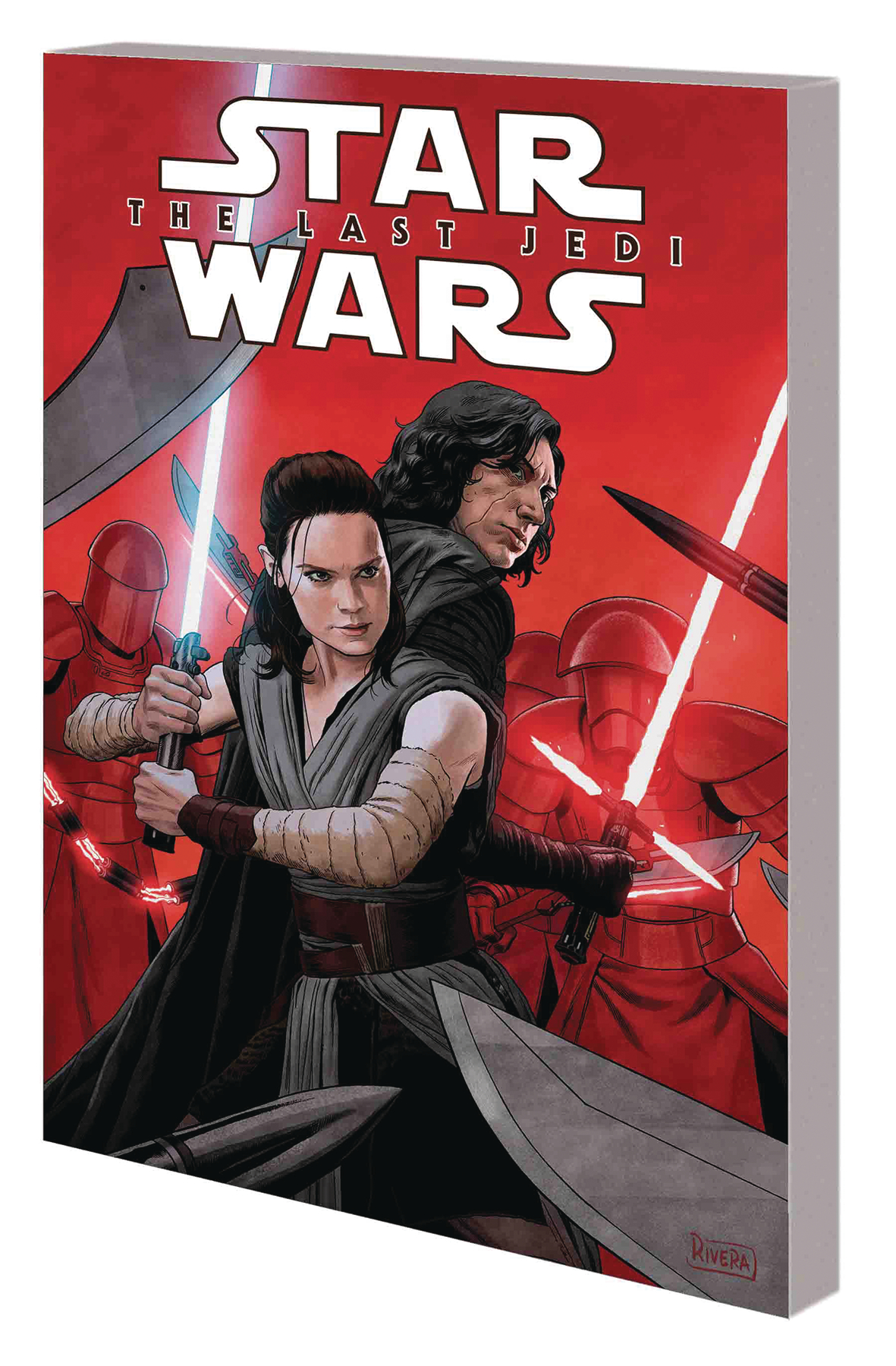 JUL181172
(W) Gary Whitta (A) Michael Walsh (CA) Paolo Rivera
The Resistance has found Luke Skywalker! But the First Order is hot on their tail - and they're out for blood. Can Rey coax Luke out of his self-imposed exile in time to save the fading spark of hope from being extinguished forever? Or will Kylo Ren and the First Order crush the Resistance once and for all? Join writer Gary Whitta (Rogue One: A Star Wars Story) and artist Michael Walsh (STAR WARS ANNUAL, HAWKEYE, THE VISION) as they take on the adventures of Force prodigy Rey, ace pilot Poe Dameron and ex-First Order recruit Finn from the hit blockbuster Star Wars: Episode VIII The Last Jedi - including never-before-seen scenes featuring your favorite characters! Collecting STAR WARS: THE LAST JEDI ADAPTATION #1-6.
In Shops: Nov 07, 2018
SRP: $17.99