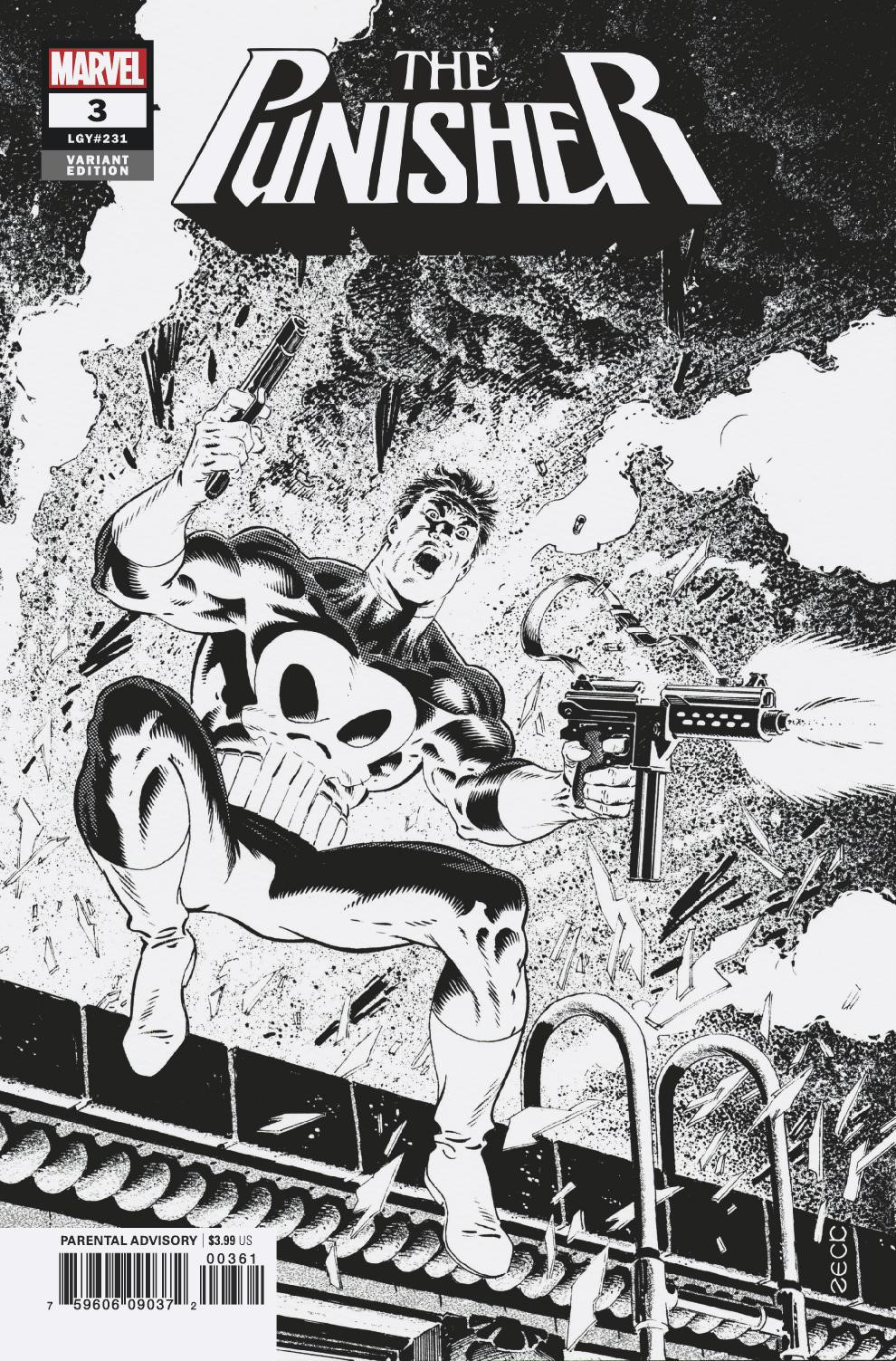 JUL181084
(W) Matthew Rosenberg (A) Szymon Kudranski (CA) Mike Zeck
A SUBWAY STRUGGLE FOR SURVIVAL!
•  The Punisher attempts to escape his attackers, but they follow him into New York's subways!
•  Frank's nearly overtaken when the protector of Hell's Kitchen, Daredevil, joins the fracas.
•  But Daredevil wants to put Frank down just as bad as the mercenaries do!
Parental Advisory
In Shops: Oct 24, 2018
SRP: $3.99
View All Items In This Series