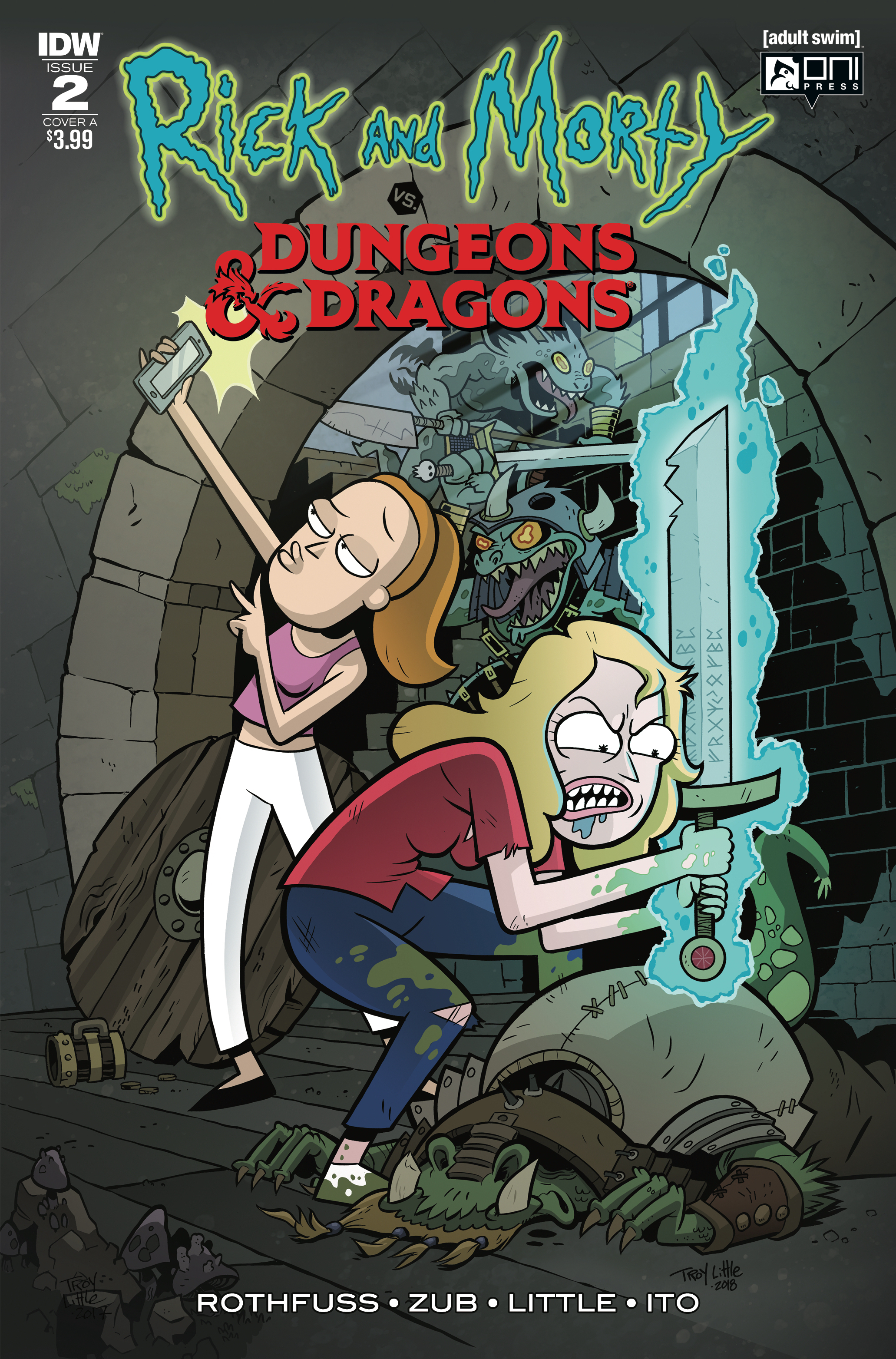 JUL180910
(W) Patrick Rothfuss, Jim Zub (A/CA) Troy Little
Death, dice, and diabolical plans! Rick Sanchez has been power gaming since the '70s, but this time he may have finally met his match-his family.

Presented in conjunction with ONI PRESS!
Patrick Rothfuss, the multiple award-winning, bestselling author of The Kingkiller Chronicle series, joins Dungeons & Dragons fan-favorite author Jim Zub (Avengers, Wayward) on a tri-dimensional fantasy adventure!
Rick and Morty is one of the most popular shows in Adult Swim history, with a steady fan following since it debuted in 2013. This is the first official Rick and Morty team-up story and should have deep traction in fan circles!
Dungeons & Dragons 5th Edition sales continue to grow each year and the Baldur's Gate video games have sold millions of copies around the world. D&D has returned as a cultural force in bookstores and online.
In Shops: Sep 26, 2018
SRP: $3.99
View All Items In This Series