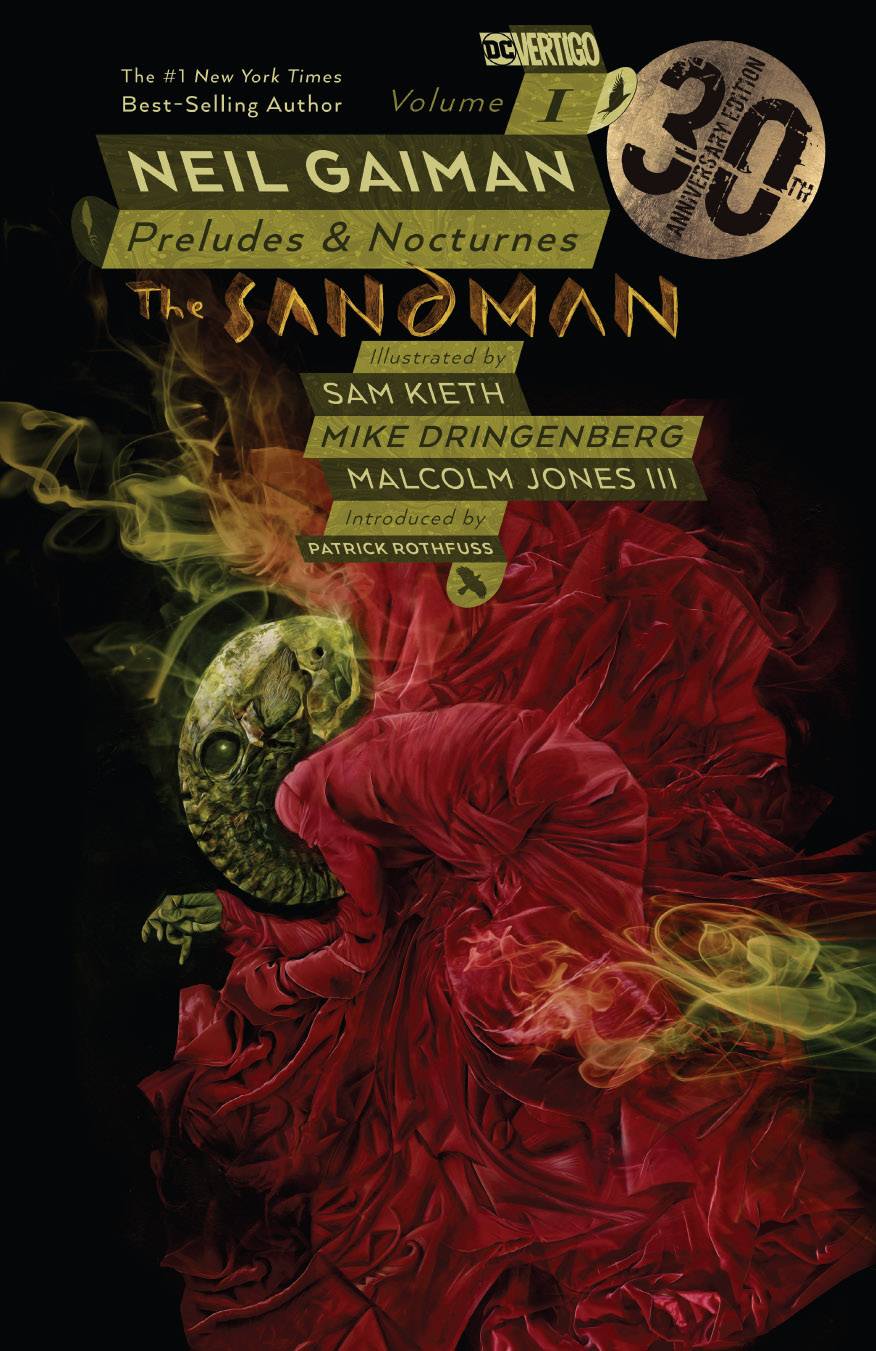 #
JUL180774
(W) Neil Gaiman (A) Sam Kieth, Malcolm Jones, Mike Dringenberg (CA) Dave McKean
THE SANDMAN celebrates its 30th anniversary with an all-new edition of the classic that started it all!
This 30th anniversary edition of THE SANDMAN VOL. 1: PRELUDES AND NOCTURNES features new cover art by Dave McKean, plus new introductions by Paul Dini, Patton Oswalt, Kelly Sue DeConnick and more! As the story begins, an occultist attempting to capture Death to bargain for eternal life traps her younger brother Dream instead. After his 70-year imprisonment and eventual escape, Dream, also known as Morpheus, goes on a quest for his lost objects of power. On his arduous journey, Morpheus encounters Lucifer, John Constantine and an all-powerful madman. Collects THE SANDMAN #1-8, with a new introduction by New York Times bestselling author Patrick Rothfuss.
In Shops: Oct 24, 2018
SRP: $19.99
View All Items In This Series
ORDER SUBSCRIBE WISH LIST