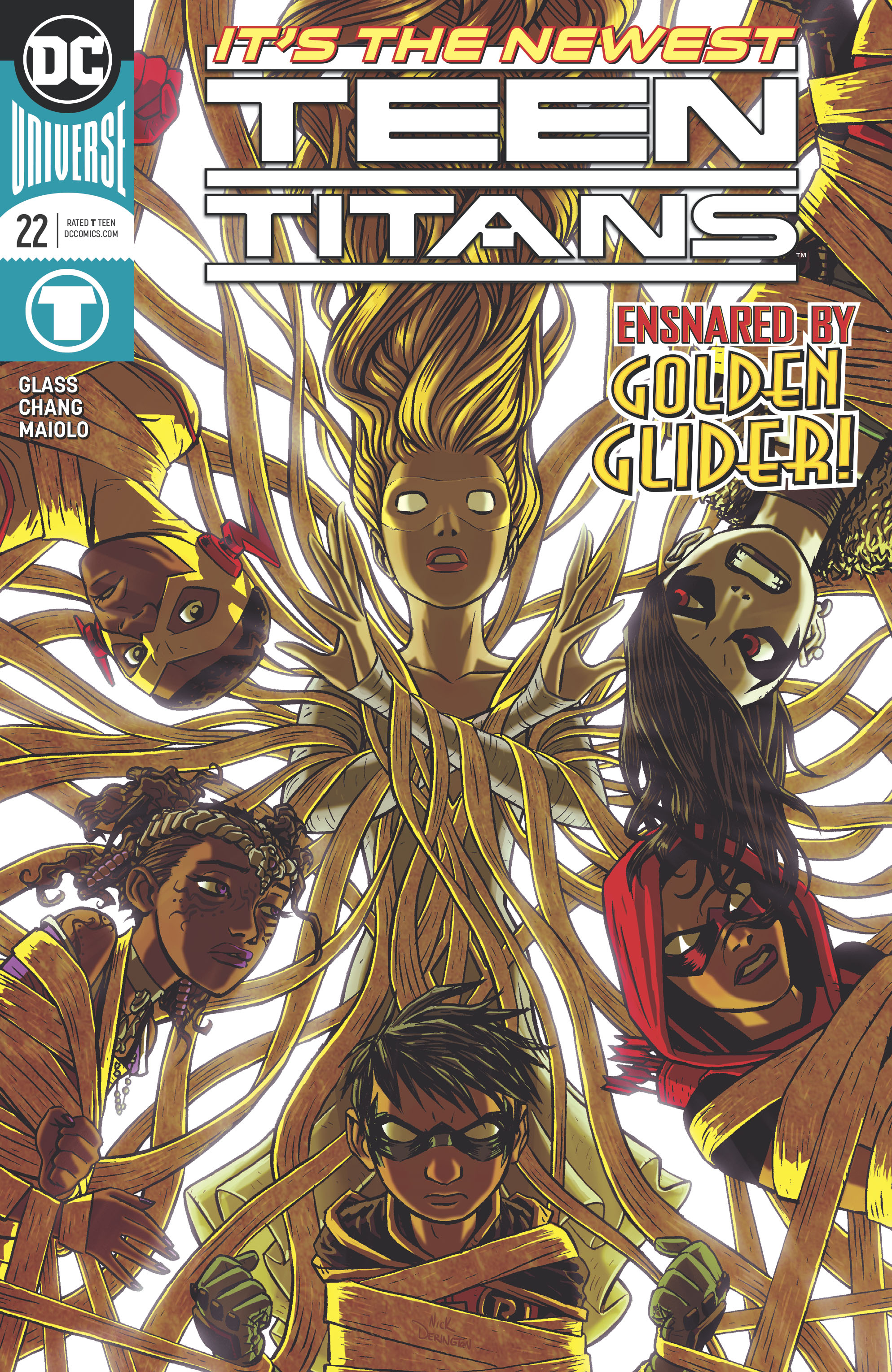 JUL180695
(W) Adam Glass (A) Bernard Chang (CA) Nick Derington
The team's dealing with an unexpected loss, but there's little time to grieve. They must travel to Keystone City, where Golden Glider and Swerve plan to pull a heist at a children's hospital. (That's a new low, even for some Rogues!) There's also plenty of drama to go around, as Kid Flash mulls quitting after his clash with Red Arrow, and Damian's harboring a new, secret mentor, all while his secret prison's about to blow up in his face.
In Shops: Sep 19, 2018
SRP: $3.99
View All Items In This Series