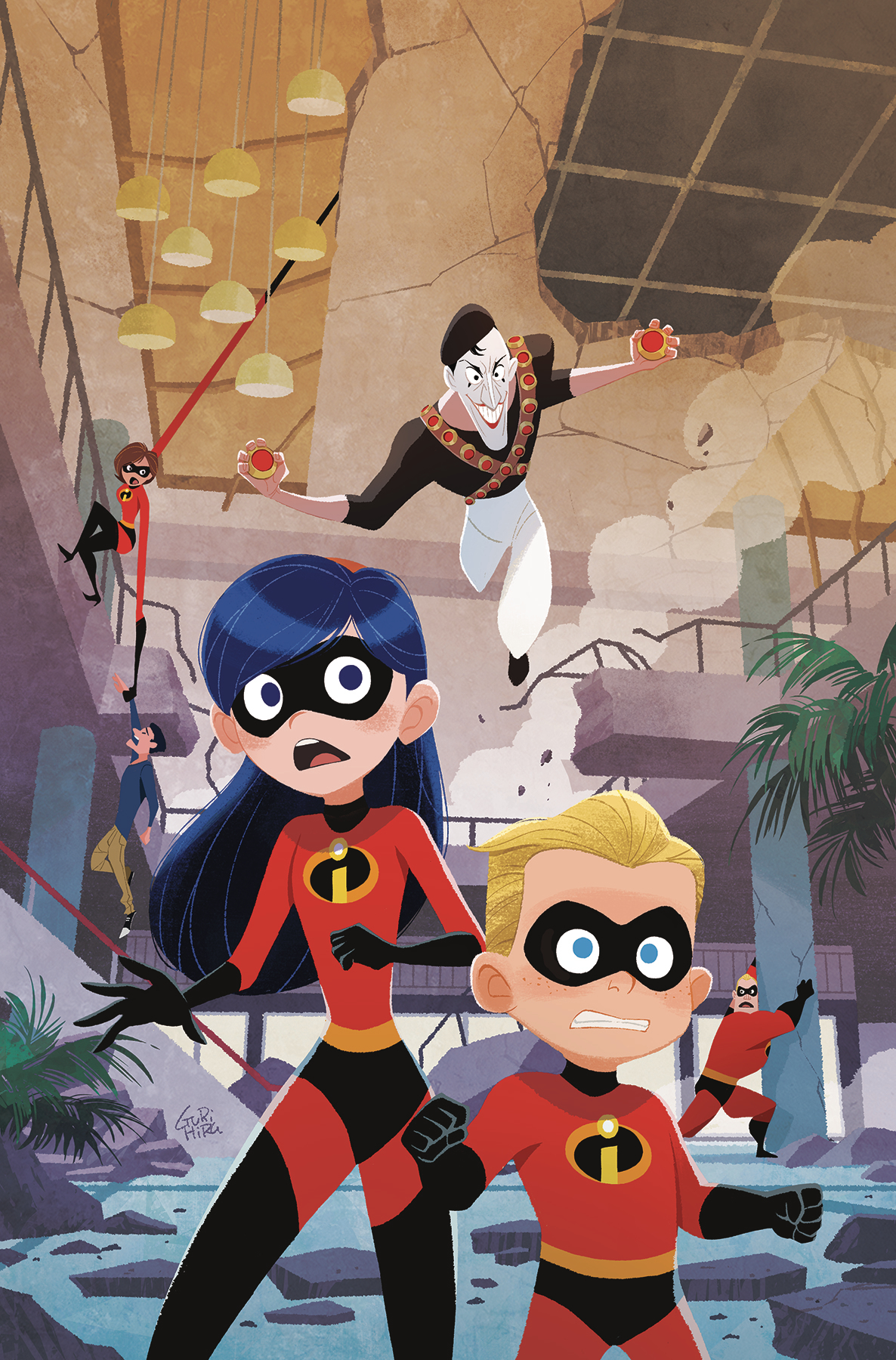 JUL180461
(W) Christos Gage (A) J. Bone (A/CA) Gurihiru
Intense Super training with their dad has soured Dash and Violet on the idea of becoming Supers. Though discouraged, a reminder from Helen about his own training leads Bob to realize his mistake with the kids. But when they go to find the kids at the mall, the family reunion is interrupted by an attack from Bomb Voyage, and the Incredibles must reunite! Then, Bob's continued bedtime story of his secret first date with Elastigirl reveals how the Supers were saved from complete defeat-and realized something about their new relationship in the process.
In Shops: Sep 19, 2018
SRP: $3.99
View All Items In This Series