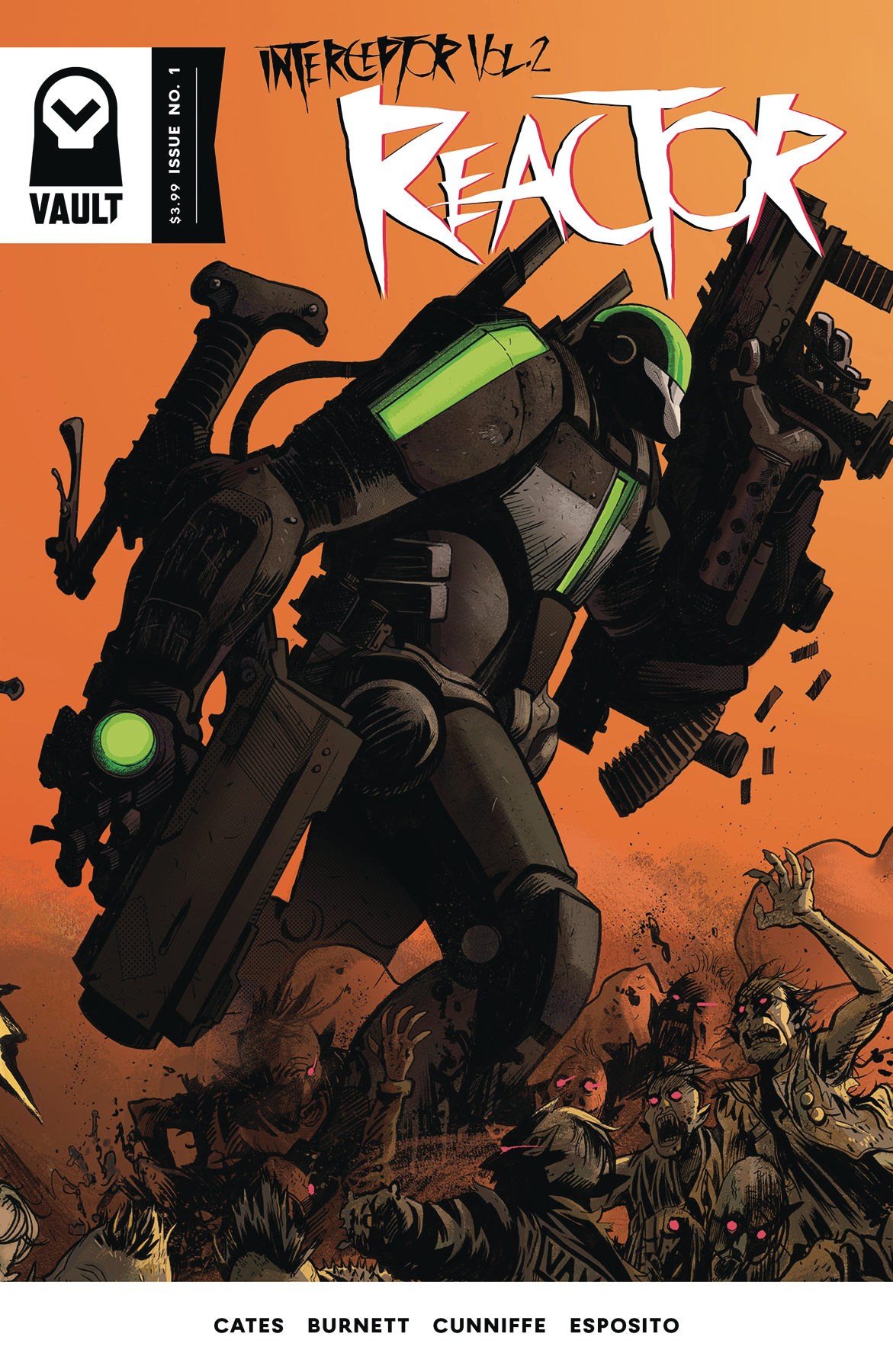 JUL172286
(W) Donny Cates (A/CA) Dylan Burnett
There's Weep, your average machine-gun-wielding teenager raised on an Earth overrun with vampires. There's Poli, who landed on Earth with the mission to kill every damn vampire there. And then there's King Luc's heavily fortified blood farm. You do the math. From Donny Cates (God Country, Redneck) and Dylan Burnett (Weavers) comes Reactor, a whole new entry into the world of vampire warfare, overpowered mechsuits, and 10-year-old presidents that Interceptor kicked-off.
In Shops: Nov 29, 2017
SRP: $3.99
View All Items In This Series
ORDER WISH LIST