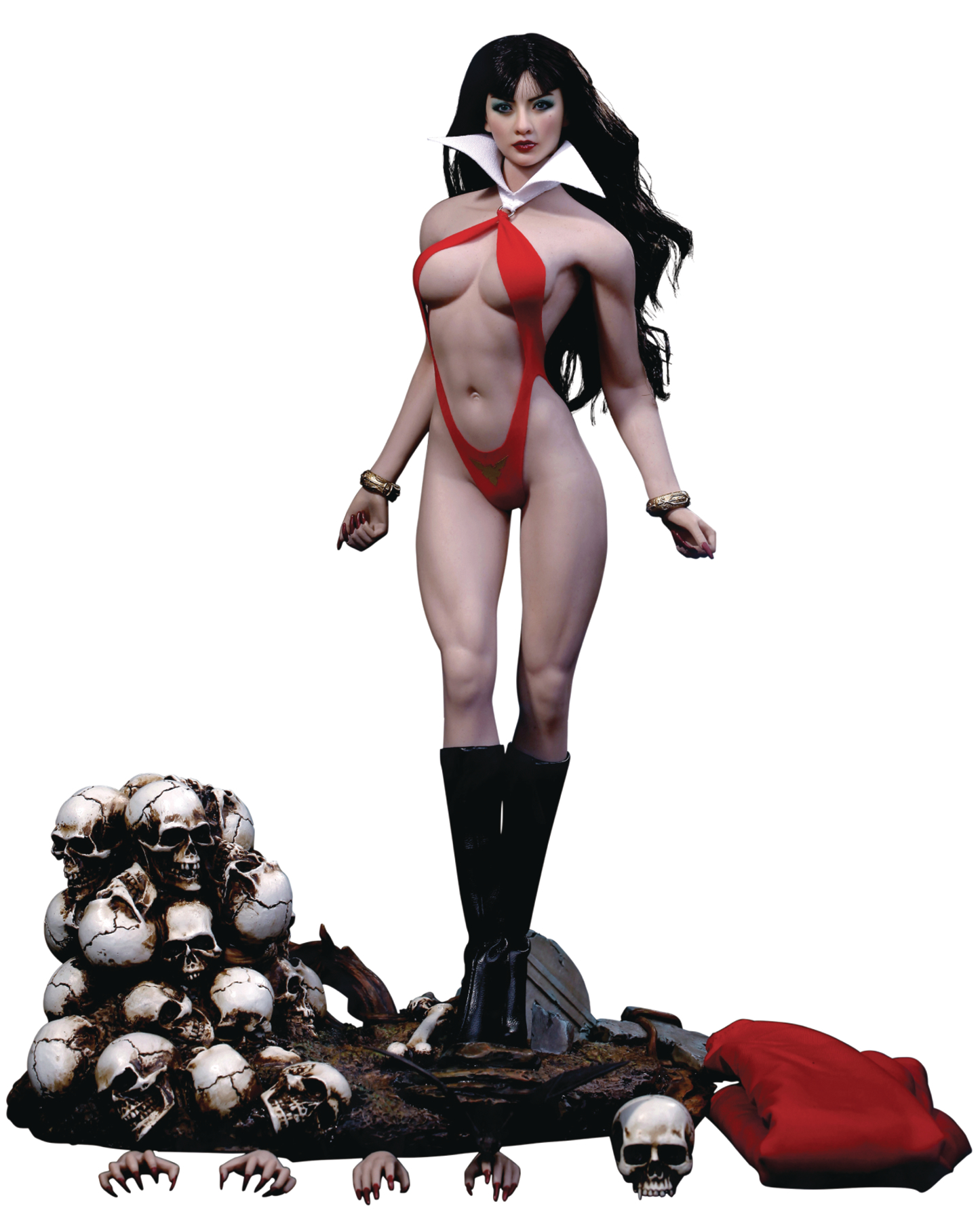 JUL171818
(A) J. Scott Campbell
The rivers of Drakulon used to flow with blood, keeping the Vampiri a thriving race. Their world dying, Earthlings chanced to crash upon their planet, their veins rich with life-giving blood. Vampirella, the princess of Drakulon, piloted the crashed spaceship back to Earth, where she spends her life defending Earthlings from evil vampires, such as Dracula, who had migrated to Earth years before.

The epic story, starting in 1969 has gained in popularity ever since. Now, nearly 50 years later, Vampirella is more popular than she has ever been. So popular that Dynamite Entertainment with Executive Replicas and Phicen Ltd. bring us this Vampirella Asian Version 1:6 Scale Action Figure. Measuring in at 12-inches tall, with all the sexy detail of Vampirella herself, this figure garnishes attention from longtime fans and new followers.

This officially licensed Vampirella action figure is every bit as enchanting as it needs to be to make her fans happy. Vampirella comes to life in her Phicen seamless body with stainless steel armature, in her one-piece bikini costume. She has three pairs of interchangeable hands, her knee-high boots, a removable cape, and more accessories.