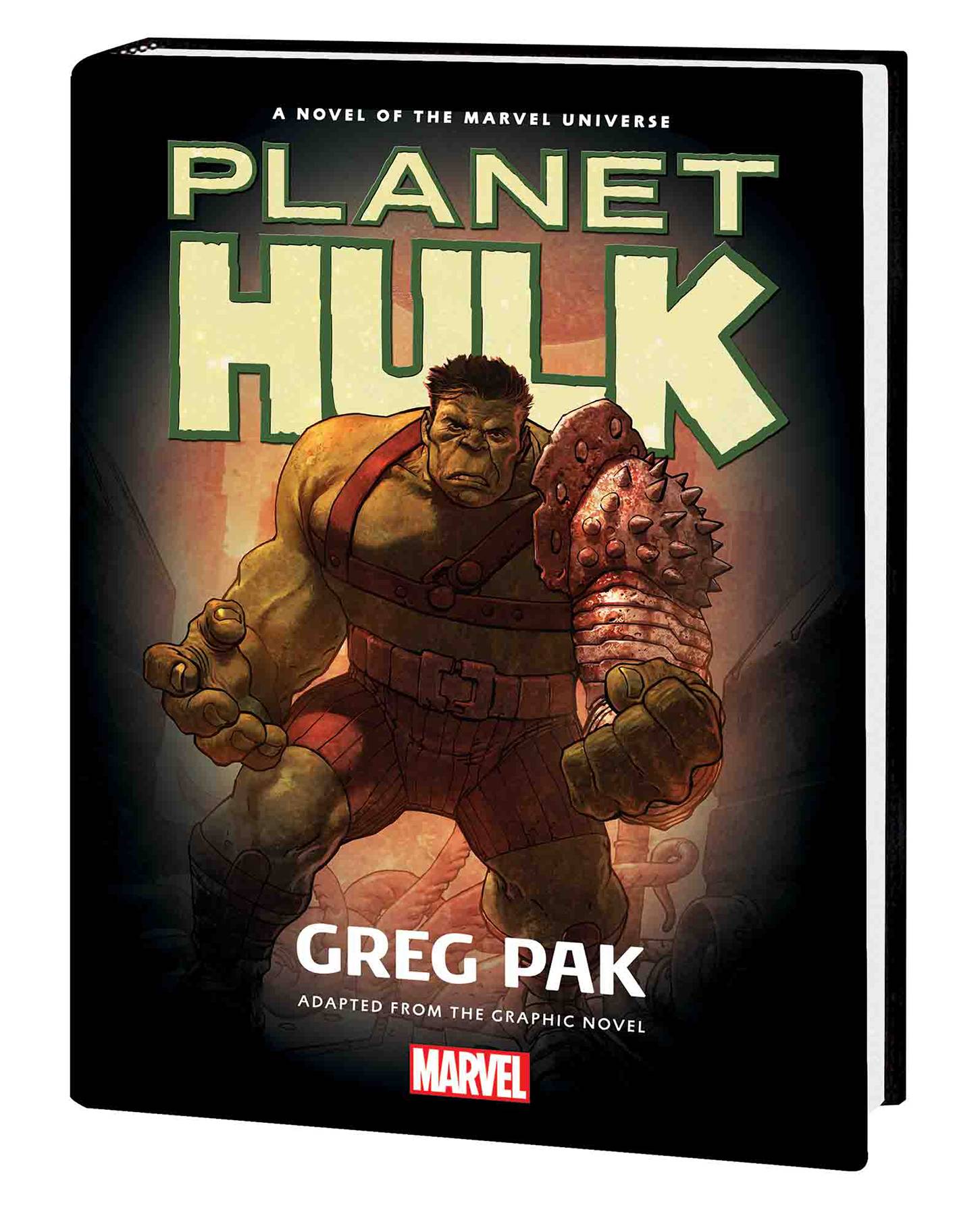 #
JUL171195
(W) Greg Pak (CA) Jose Ladr?nn
A whole new world of hurt! Betrayed by Earth's heroes and exiled into outer space, the man-monster Hulk has landed on the distant planet Sakaar, ruled by the tyrannical Red King. Sold into slavery, Hulk becomes the Green Scar, the planet's mightiest gladiator - but his new masters get more than they bargained for when he forges a bond of brotherhood with his fellow fighters: crafty insectoid Miek; the horrific Brood; wise rock-man Korg; Shadow Warrior Hiroim; and noble-born rebel Elloe Kaifi and her loyal guardsman, Lavin Skee. Together, these gladiators start a revolution that could change their world - or destroy it. It's a savage sci-fi fantasy by award-winning writer Greg Pak!
No Rating
In Shops: Oct 04, 2017
SRP: $24.99
ORDER WISH LIST