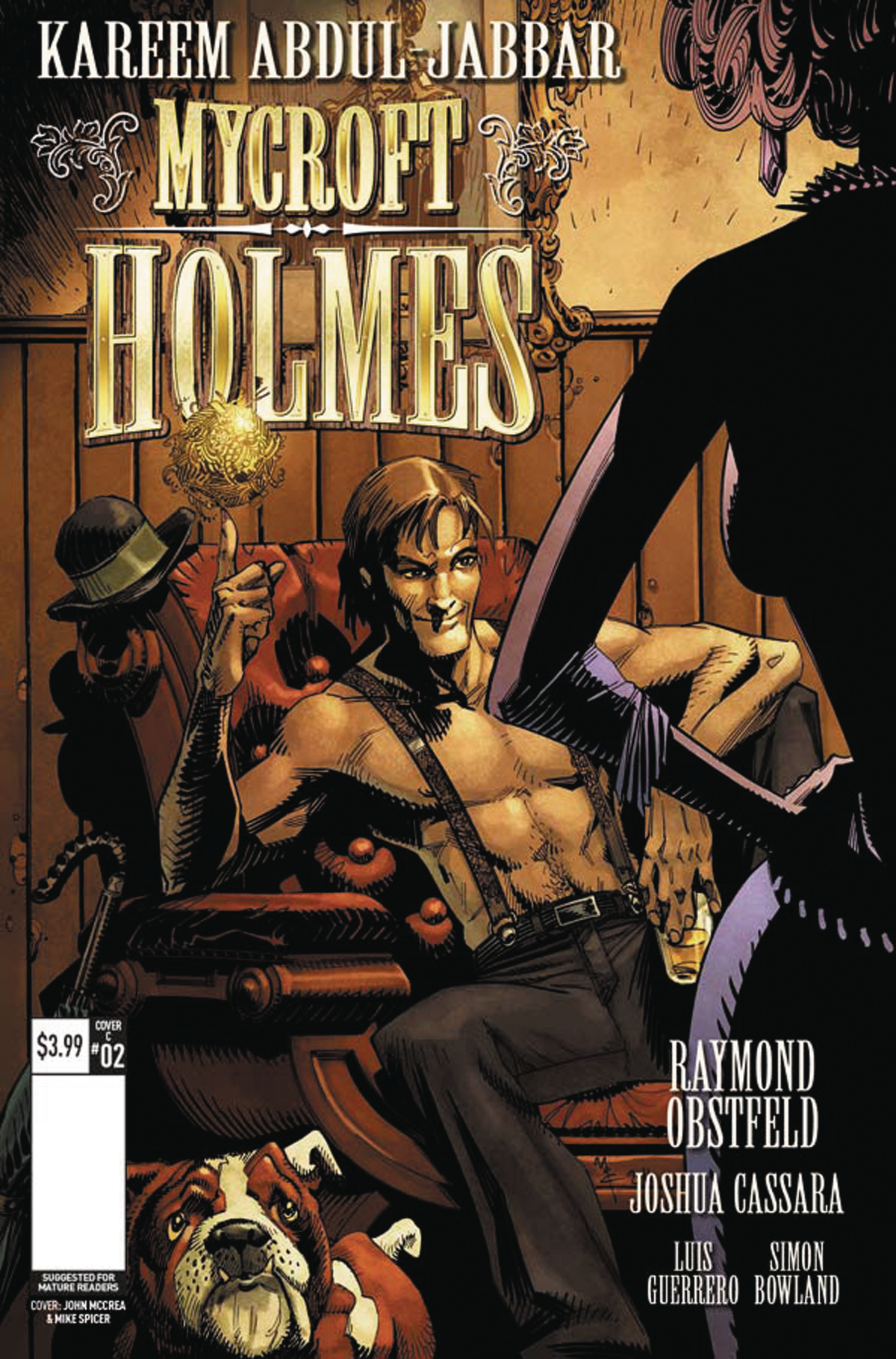 JUL161959
(W) Kareem Abdul Jabbar, Raymond Obstfeld (A) Joshua Cassara (CA) John McCrea
Mycroft Holmes: rake, adventurer, intellectual; deductive mind without peer! Thrust into the greatest quest of his young life, Mycroft is forced to battle a monstrous abombination in the bowels of Buckingham Palace, as a courtly conspiracy threatens the world with steampunk weapons of mass destruction! With only his wits to aid him, Mycroft is soon set on a globe-trotting mission to reclaim the plans for the weapons - before they fall into more nefarious hands!
In Shops: Sep 14, 2016
SRP: $3.99
View All Items In This Series
ORDER WISH LIST