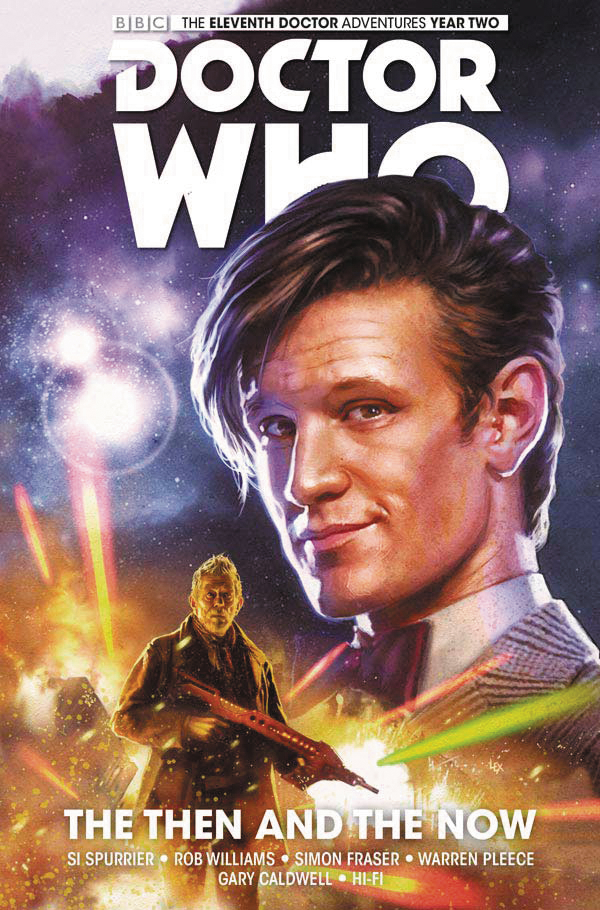 JUL161913
(W) Simon Spurrier, Rob Williams (A) Simon Fraser, Warren Pleece, Gary Caldwell (CA) Alex Ronald
Accused of terrible war crimes that he can't remember committing, the eleventh Doctor goes on the run with his companion Alice Obiefune, along with a mysterious amnesiac who calls herself The Squire, and Abslom Daak, Dalek Killer! As they dig deep into the history of the Time War in the hope of clearing the Doctor's name, the bounty hunter called The Then and The Now, a hideous perversion of spacetime, tracks them at every turn! Collects Doctor Who: The Eleventh Doctor Year Two #1-5.
In Shops: Nov 09, 2016
SRP: $14.99
View All Items In This Series