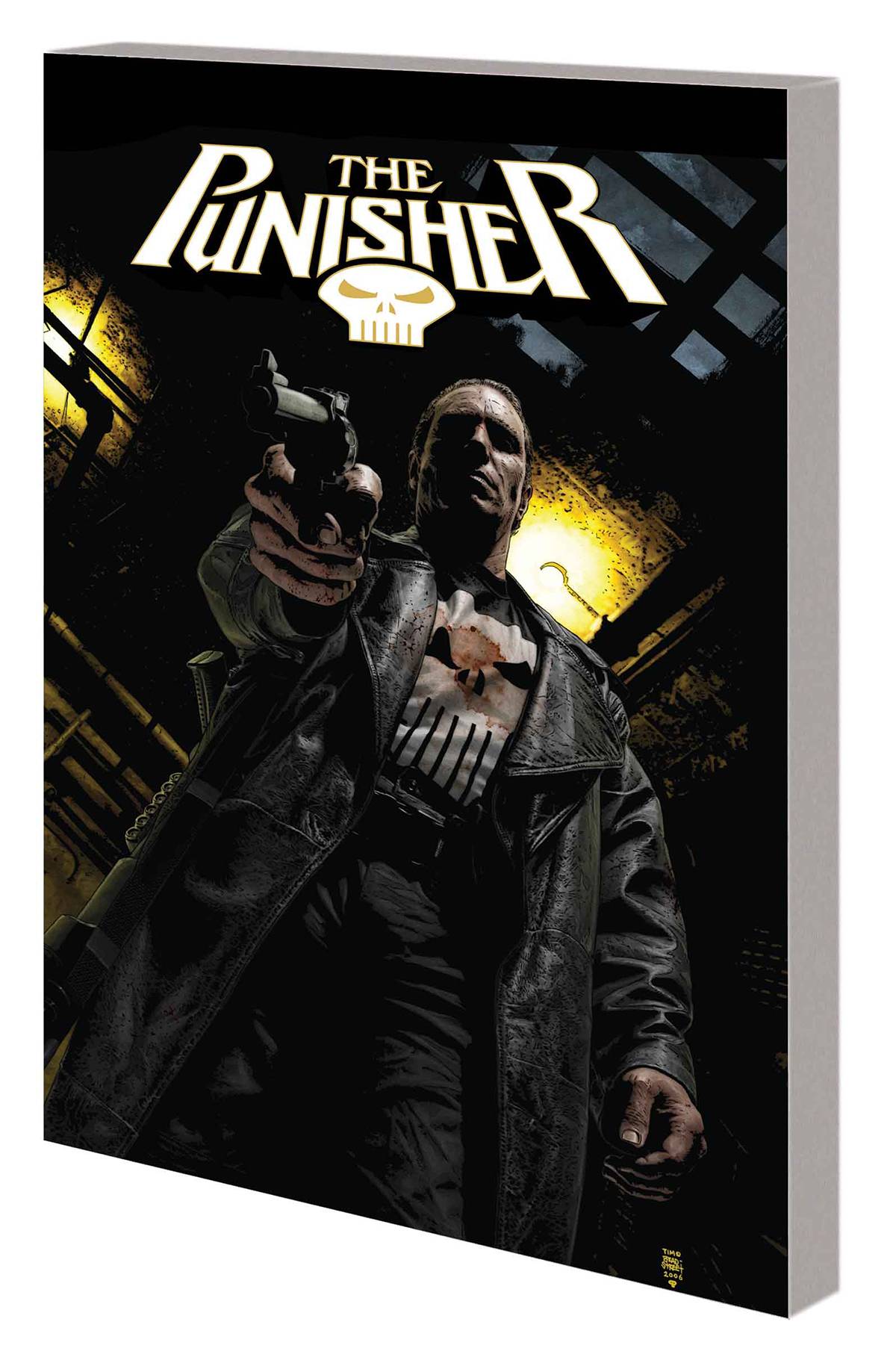 #
JUL161091
(W) Garth Ennis (A) Various (CA) Tim Bradstreet
The Punisher takes on all comers as his bloody war on crime continues! Frank Castle has faced some fearsome foes in his day, but none as stone-cold rotten to the bone as the Barracuda. He's big, he's mean, and the last thing on Earth you want is to see him smile. Then, as British Special Forces and Taliban insurgents face off in the Afghan highlands, Frank enters a grudge match with General Nikolai Alexandrovich Zakharov, a Soviet war criminal known as the Man of Stone. Zakharov has a platoon of elite shock troops, but the Punisher has allies of his own. But even that hell can't match the fury of five women scorned. Frank killed their husbands, and now they're out for payback. Collecting PUNISHER (2004) #31-49.
Explicit Content
In Shops: Oct 12, 2016
SRP: $34.99
View All Items In This Series