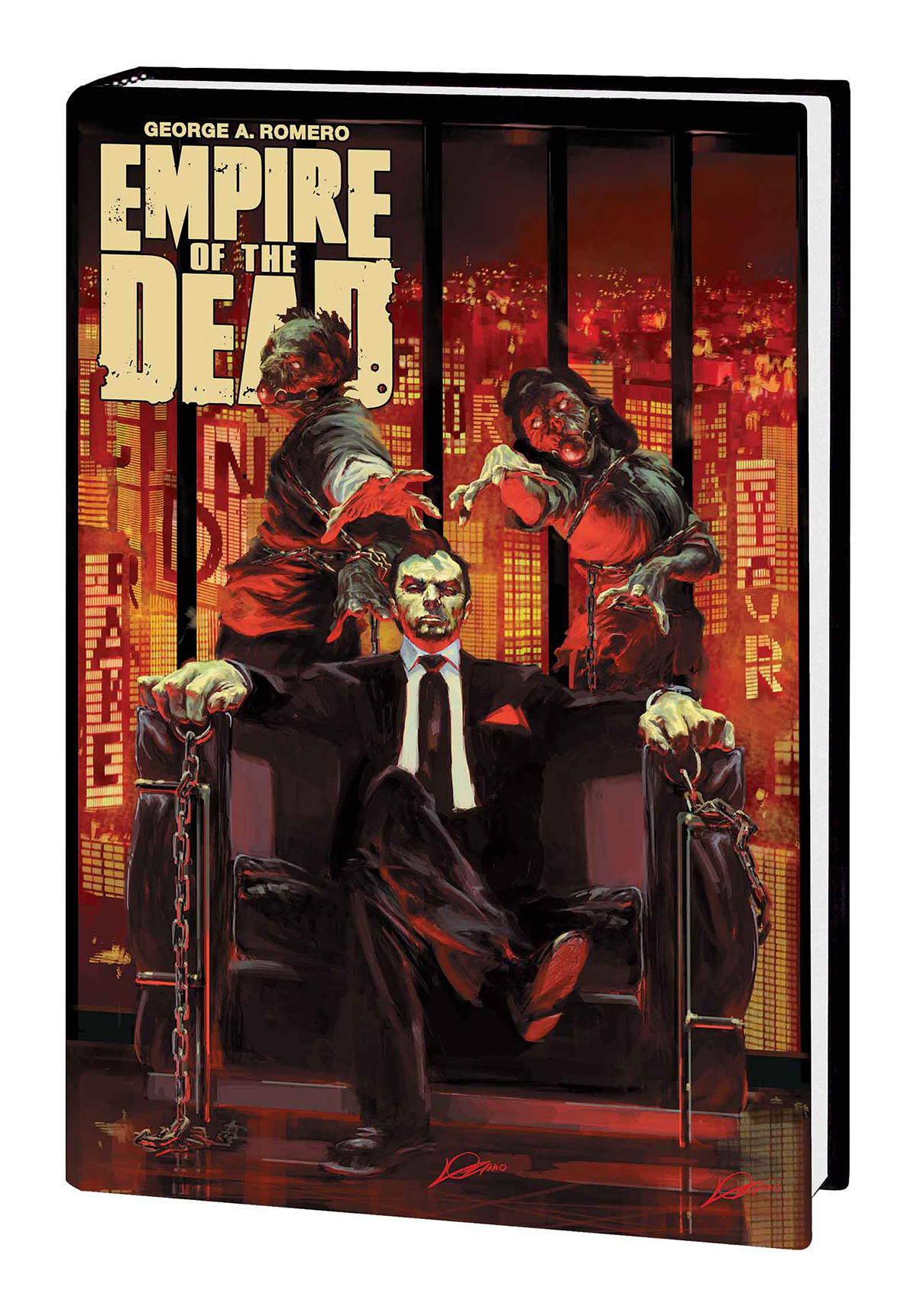 JUL161064
(W) George A. Romero (A) Alex Maleev, Dalibor Talajic, Andrea Mutti (CA) Alexander Lozano
Godfather of undead lore George Romero unleashes his latest epic - pitting zombies against vampires! Years after the dead rose, Manhattan has been quarantined - but that doesn't mean everyone inside is safe! For another ancient predator has taken a bloody bite out of the Big Apple - yes, vampires rule! Zombies still roam, and some are used for sport in the bloody arena known as the Circus Maximus. But while the rival groups of ghouls clash, the remaining humans are caught in the crossfire. And when outside forces knock on Manhattan's walls, more death rains down from above! As Mayor Chandrake makes dangerous power plays, can the blood-suckers keep their grip on the city? Or are they heading for all-out war over the Empire of the Dead? Collecting GEORGE ROMERO'S EMPIRE OF THE DEAD: ACT ONE #1-5, ACT TWO #1-5 and ACT THREE #1-5.
Parental Advisory
In Shops: Sep 28, 2016
SRP: $50.00
ORDER WISH LIST