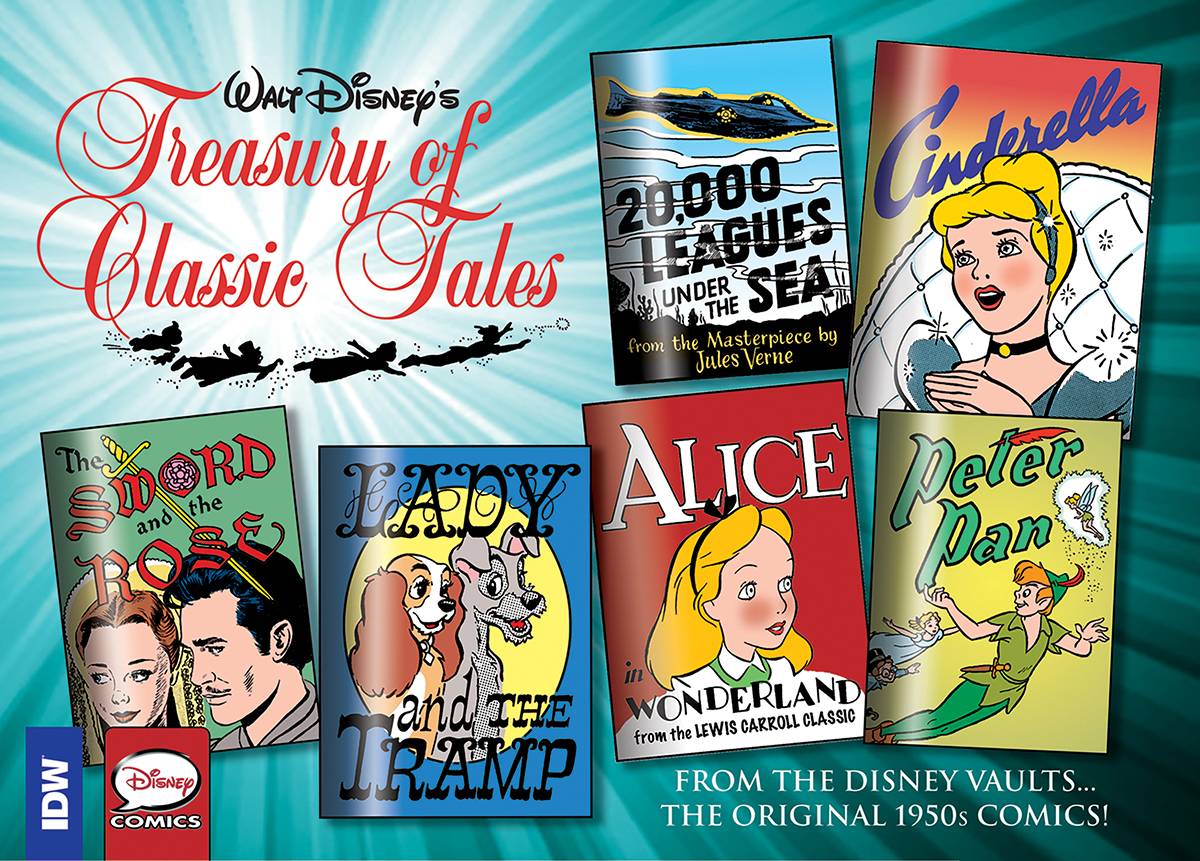 #
JUL160618
(W) Frank Reilly (A) Jesse Marsh, Manuel Gonzales (A/CA) Dick Moores
From the early 1950s through the late '80s, the Disney studio created Sunday comics adaptations of more than 120 of their animated and live-action films that were currently in movie theaters. The chronological all-star line-up in this first volume is an almost embarrassment of riches: the animated Peter Pan, Lady and the Tramp, Peter and the Wolf, and two pre-cursers to the series, Cinderella and Alice in Wonderland! The live-action adaptations are: 20,000 Leagues Under the Sea, Robin Hood, The Sword and the Rose, Ben and Me, and Rob Roy. Disney stalwarts Manuel Gonzales and Dick Moores drew the cartoon adaptations, while the live-action stories were illustrated by legendary Tarzan artist Jesse Marsh!
In Shops: Nov 02, 2016
SRP: $49.99
View All Items In This Series