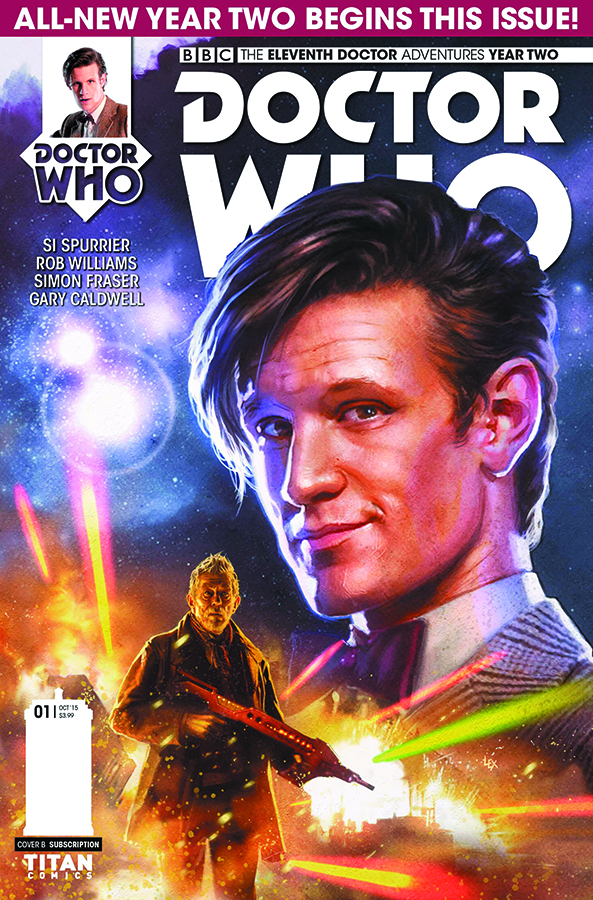 JUL151606
(W) Simon Spurrier, Rob Williams (A) Simon Fraser (CA) Alex Ronald
New series! New writing team! New laser-filled, time-mangling, galaxy-sploding dynamic! Accused of a genocidal crime he (probably) didn't (possibly) commit (oh hell, he totally did it), the Doctor and Alice - along with a unique new companion! - go on the run. But extreme hyperviolence-for-hire is hot on their tail, tracking them wherever and whenever they go. With chainswords! It's a race to clear our tricksy Time Lord's name and spare the lives of his friends, with the only answers burnt in the fiery footsteps of the incarnation he can never acknowledge: the War Doctor. Breathless twists abound as the Eleventh Doctor series jumps into a new gear, for a new year!
In Shops: Oct 07, 2015
SRP: $3.99
View All Items In This Series
ORDER WISH LIST