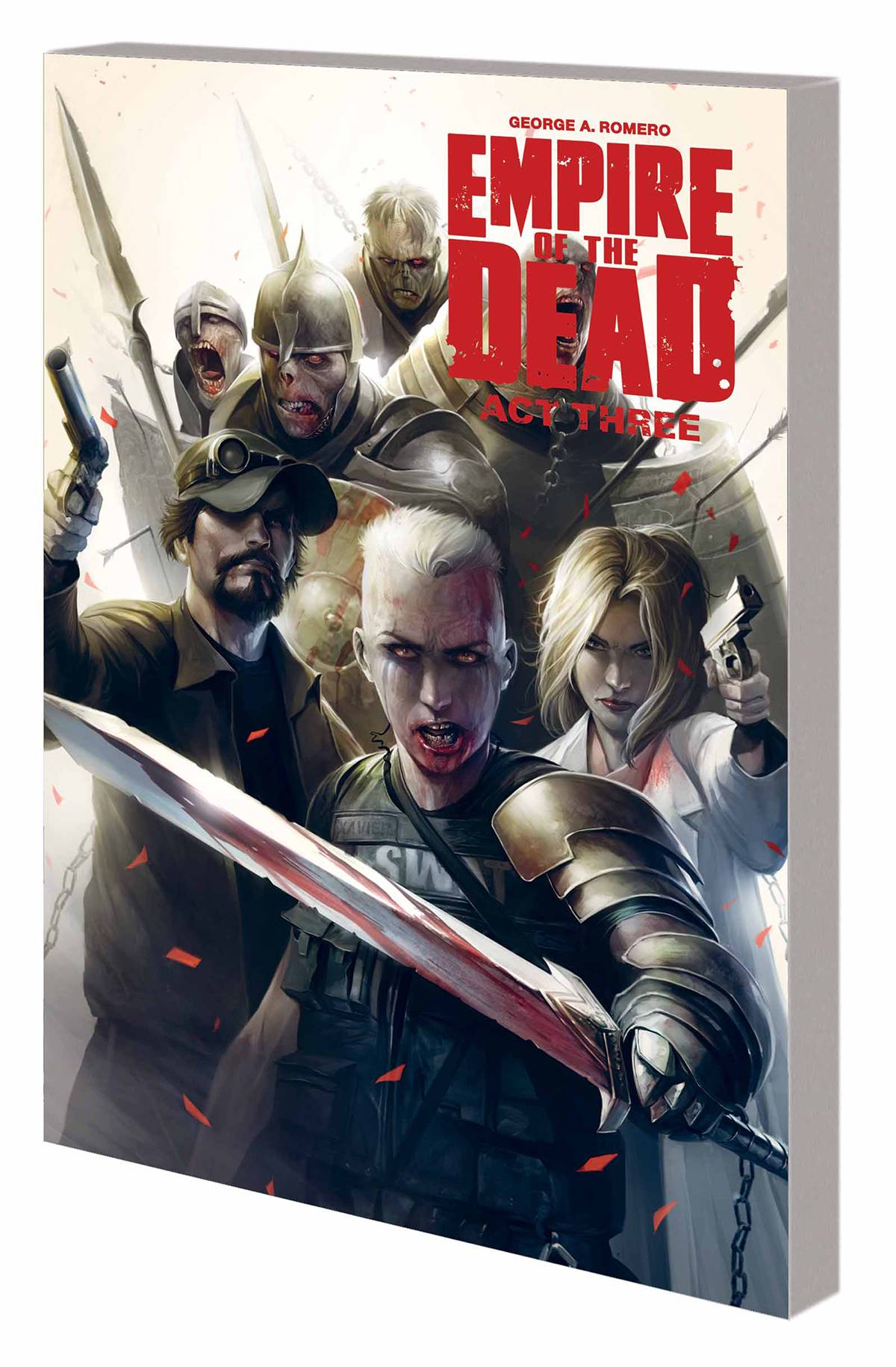 #
JUL150839
(W) George A. Romero (A) Andrea Mutti (CA) Francesco Mattina
It's zombies versus vampires - with desperate citizens caught in the crossfire - as the legendary George Romero unleashes the final chapter in his undead epic! Who is kidnapping the children of New York City, where are they taking them, and why? Meanwhile, Dr. Penny Jones has a nasty surprise coming her way when she conducts a zombie autopsy on Xavier. As Election Day looms, will Chandrake retain his rule, or will Chilly Dobbs have his day? And will the election even matter as the warring factions of rebels break through into the city? As Jo tries to make a break from the remote vampire compound, Detective Perez makes a terrifying discovery. It's the moment everyone's been waiting for: all-out zombie versus vampire warfare! Who will rule the Empire of the Dead? Collecting GEORGE ROMERO'S EMPIRE OF THE DEAD: ACT THREE #1-5.
Parental Advisory
In Shops: Nov 04, 2015
SRP: $19.99
ORDER WISH LIST