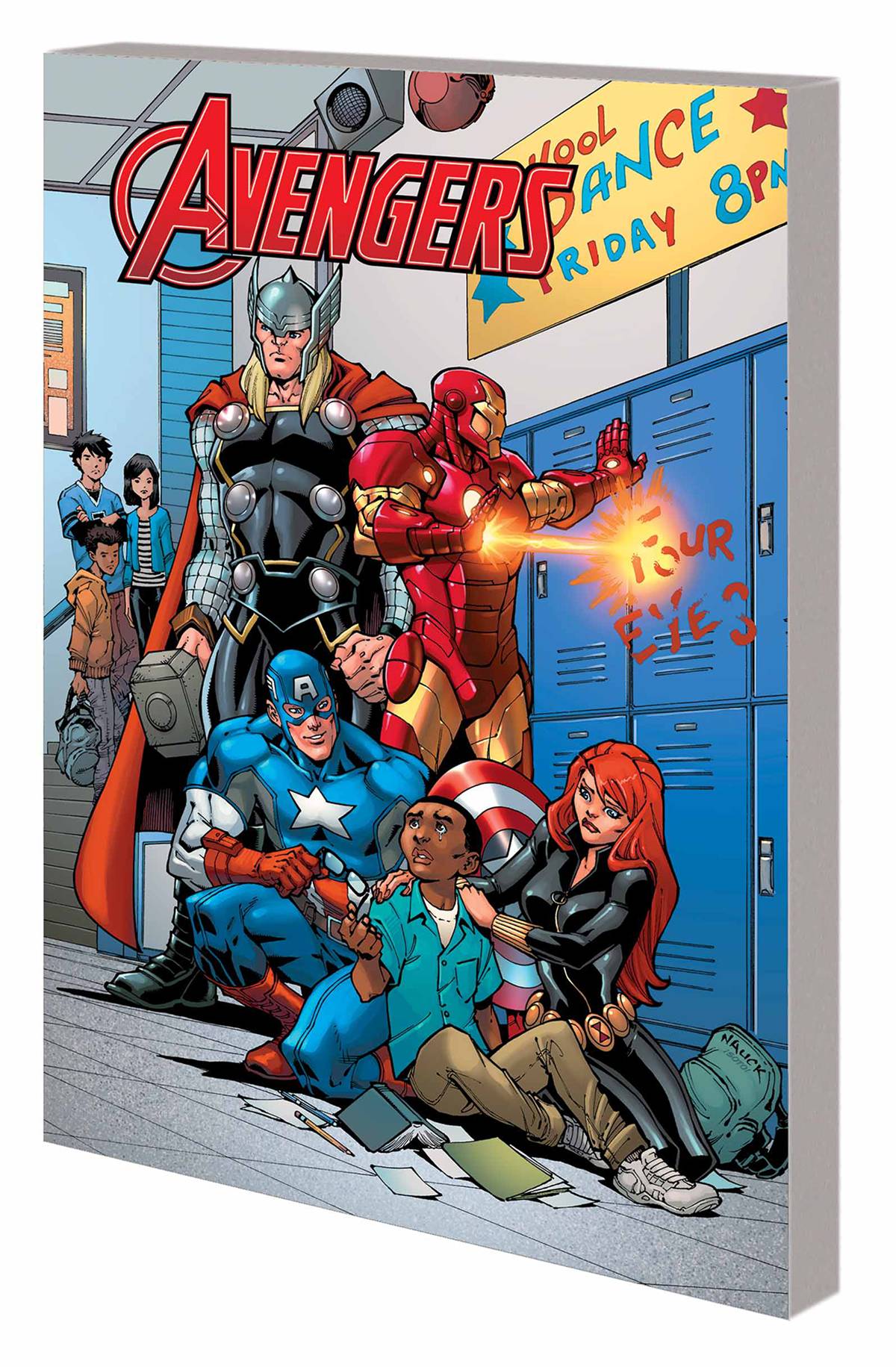 #
JUL150834
(W) Various (A) Various (CA) Todd Nauck
The Marvel super heroes make bullying a thing of the past! The Avengers have always stood up for those who cannot stand up for themselves, but this time they're in for a bombastic adventure of the highest order! Plus: Swing along with Spidey and a gathering of his amazing friends as they take on this important social issue in the inimitable Mighty Marvel Manner! Featuring guest stars from across the Marvel Universe including Thor, Hercules, Daredevil and the Guardians of the Galaxy! Collecting AVENGERS: NO MORE BULLYING #1, THOR (1966) #356, AVENGERS VS. #1, AMAZING SPIDER-MAN ON BULLYING PREVENTION and material from DAREDEVIL (2011) #28.
Rated T+
In Shops: Oct 07, 2015
SRP: $14.99