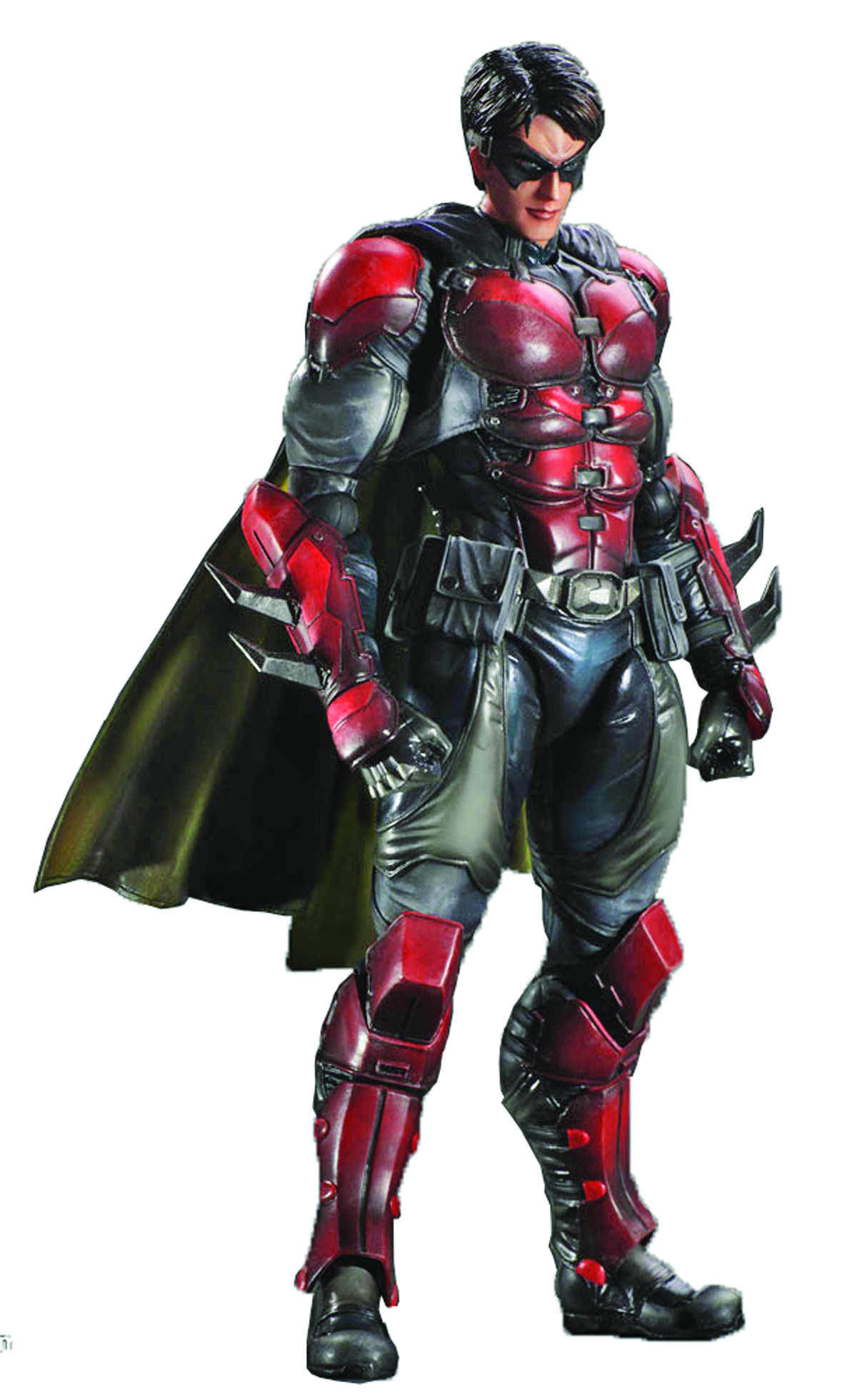 JUL148207
From Square Enix. The second wave of Play Arts ~KAI~  from 2013's smash hit Batman: Arkham Origins is here! Robin is a dynamic crime fighter: not only well-versed in handling any and all types of weaponry with exceptional shooting and martial arts skills, but also demonstrating a sharp detective's mind as an expert in criminology. Because of his exceptional talents, Robin's partner Batman has placed the utmost trust in him. The Jokers's skin is so pale that it appears devoid of life and his blood-red lips look more like a gaping gash on his face than a mouth. He puts his personal twisted spin on all the unfairness of the world, turning it into a dark, demented joke. The Joker stands nearly 11" tall, and Robin stands more than 10-1/2" tall. Both figures include a display stand.