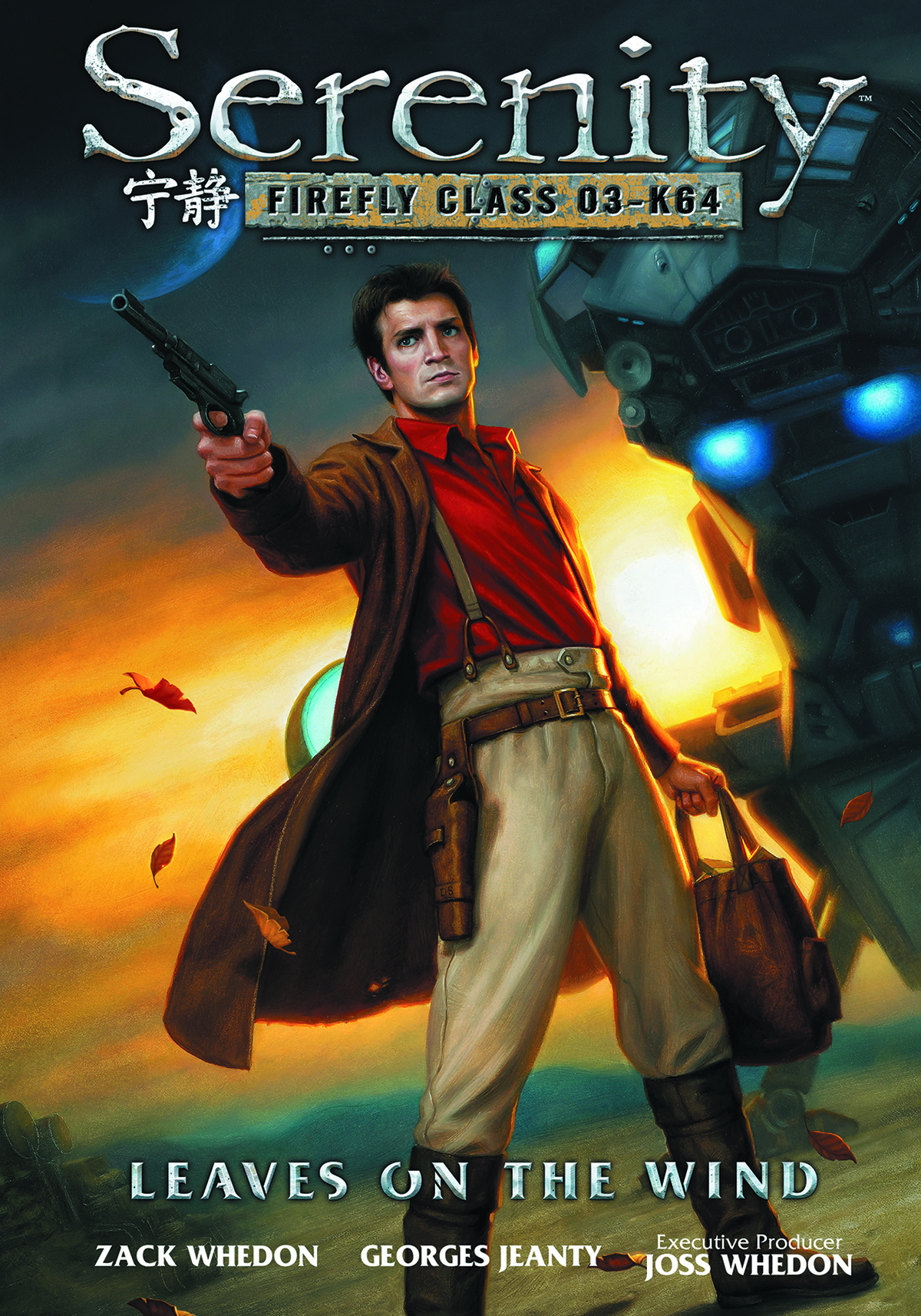 JUL140058
(W) Zack Whedon (A) Georges Jeanty, Karl Story, F?bio Moon (CA) Dan Dos Santos
In the film Serenity, outlaw Malcolm Reynolds and his crew revealed to the entire 'verse the crimes against humanity undertaken by the sinister Alliance government. In this official follow-up, circumstances force the crew to come out of hiding, and one of their own is captured, setting them on another mission of rescue and resistance... Collects the six-issue miniseries and the 2012 Free Comic Book Day story.
In Shops: Nov 05, 2014
SRP: $19.99
View All Items In This Series