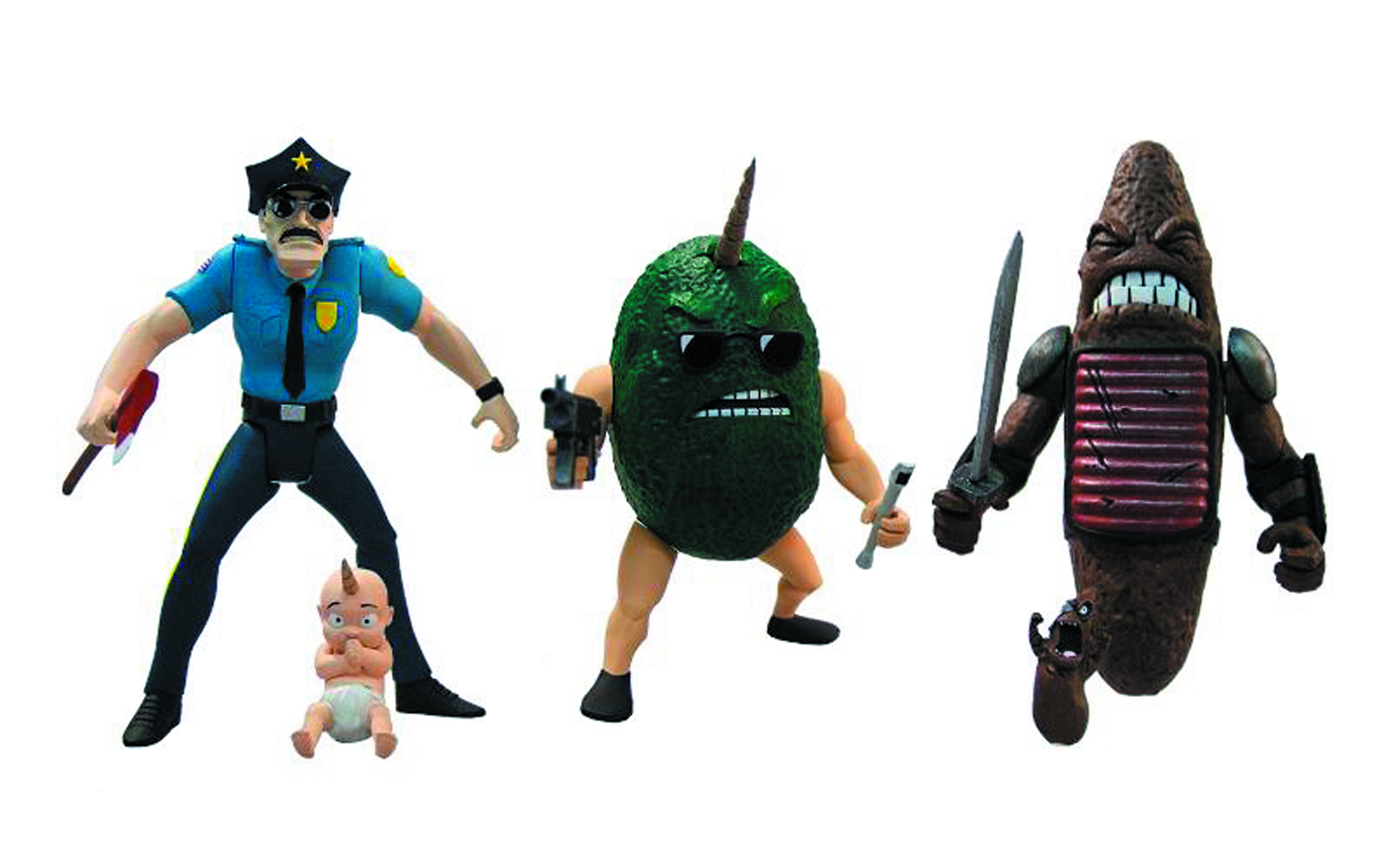 JUL131860
He's a cop, with an axe, he's Axe Cop! He's the best crime fighter the world has ever known thanks to his trusty axe, his pet T-rex, Wexter (with maching gun hands!) and a group of crime-fighting partners unlike any you've ever seen! Axe Cop is the internet comic sensation based on a story a five year-old boy narrated to his twenty nine year old brother, who happens to be an illustrator. What began as a simple tale became an award-winning comic, and now makes the leap to super cool collectible with Axe Cop 4" Figures Series 1! Choose from Axe Cop (with axe, poopsucker gun, Uni Baby, and lemon grenade), Dr. Doo Doo (with Doo Doo soldier, stands, and sword), and Avocado Soldier (with flute, machine gun, and removable unicorn horn). Blister card packaging.
In Shops: Feb 26, 2014
SRP: $12.99