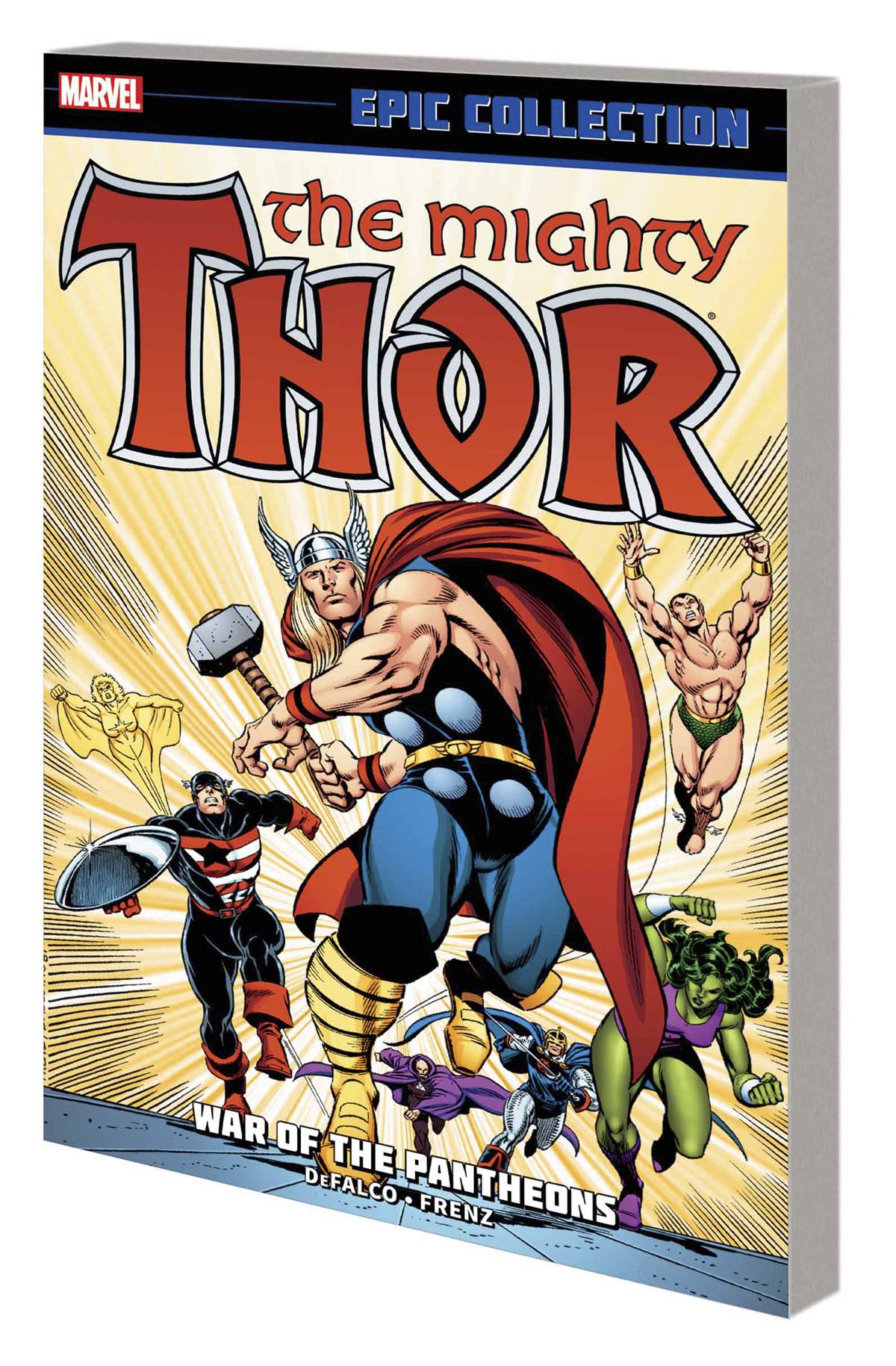 #
JUL130710
(W) Various (A) Various (CA) Ron Frenz
It's the beginning of a new era for the mighty Thor - but it just might be the end of the Norse gods! With Asgard adrift in space, Thor must sacrifice all when he finds himself in a losing battle to protect the planet Pangoria against the unimaginably powerful Celestials! But when Seth the Serpent God unleashes an all-out assault on Asgard, can the Norse gods defeat his ruthless army without their greatest warrior? Plus: Thor takes on the Hulk, clashes with the Celtic Lord of Lightning, battles Quicksand and tackles the maddening Mongoose alongside Spider-Man! Earth Force targets Hogun for death! A watershed moment for Captain America! Surtur makes his demonic return! And introducing Eric Masterson and the Thor of the 24th century! Collecting THOR (1966) #383-400.
In Shops: Oct 23, 2013
SRP: $34.99
ORDER WISH LIST