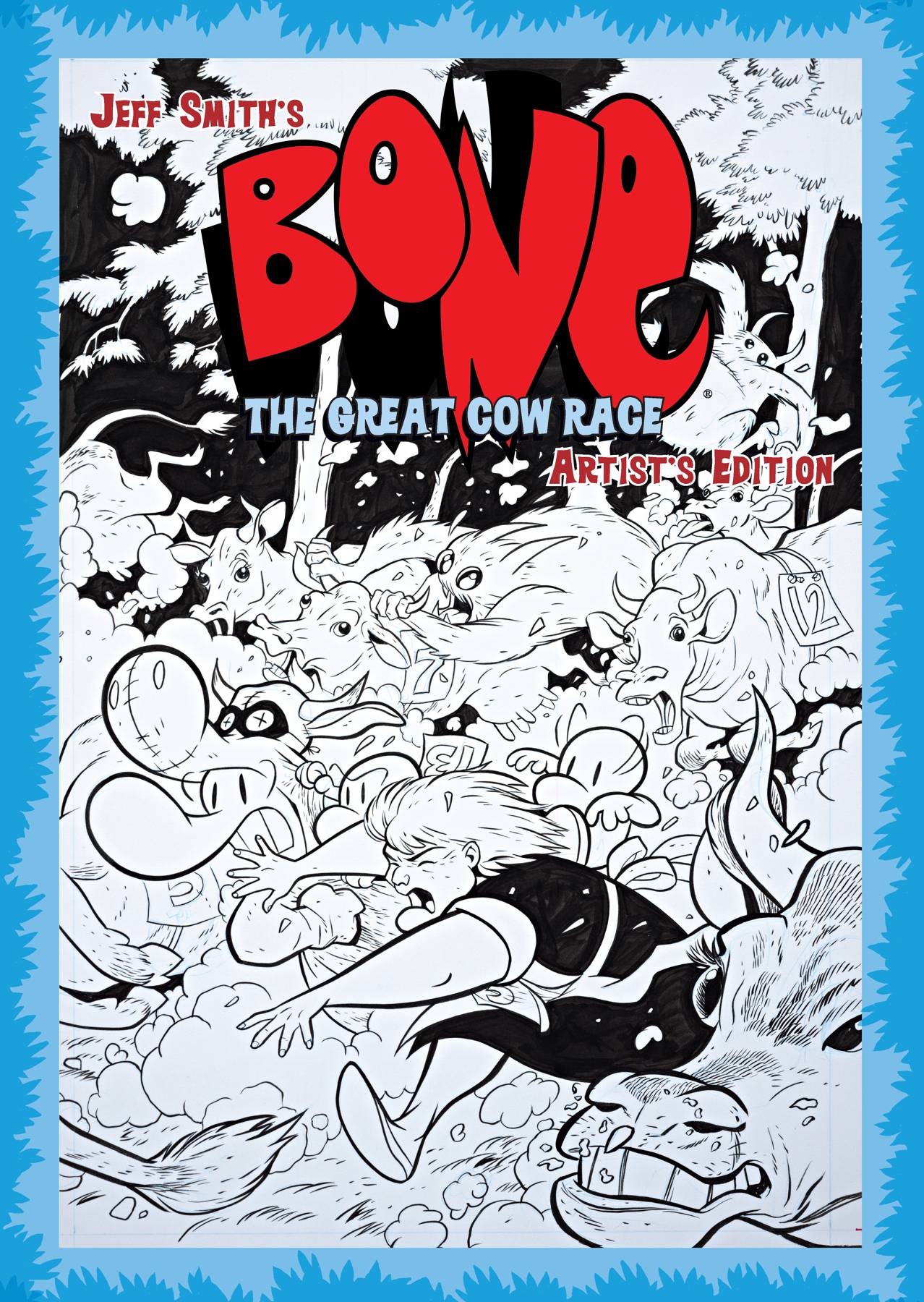 #
JUL130327
(W) Jeff Smith (A/CA) Jeff Smith
Jeff Smith's Bone was launched through Cartoon Books in 1991. Winning 10 Eisner Awards (while being nominated for another 11), Bone is one of the most successful and critically acclaimed independent comic book series of all time. The Great Cow Race, one of Smith's most well regarded tales, is presented in the award-winning Artist's Edition format. Featuring the entire Bone clan-Fone, Smiley and Phoney-as well as Gran'ma Ben and Thorn, and, of course, those stupid, stupid Rat Creatures!
In Shops: Nov 06, 2013
SRP: PI
ORDER WISH LIST