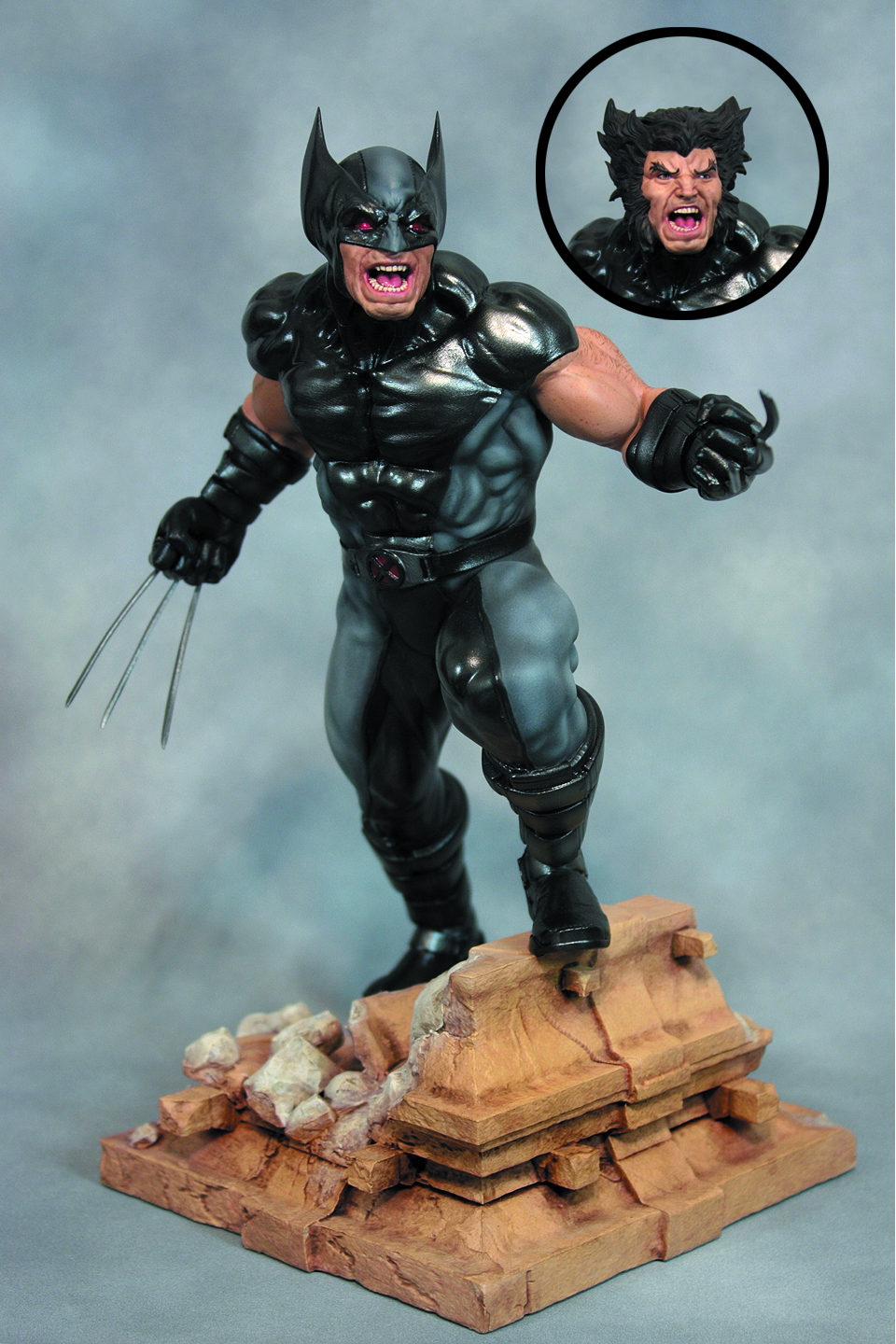 JUL121880
A KOTOBUKIYA Japanese import!  X-Force cannot be stopped!  After the incredible Fine Art Statue line captured the team's X-23, Warpath, Deadpool, and Archangel it seemed to be over... but now the reluctant but brutal leader has arrived.  Headlining X-Force and the current Uncanny X-Force series is none other than WOLVERINE!  Teaming up the most vicious and morally flexible heroes, Logan leads the ultimate strike force willing to do anything at any time to protect the world's mutant population.  A nearly immortal mutant with a powerful healing factor and heightened senses, Wolverine was further enhanced by an adamantium-laced skeleton and ultra sharp claws.  The longtime X-Man and current teacher to young mutants became leader of the new X-Force team during the Messiah Complex story arc, and got a wicked new uniform as well.

Wolverine stands defiant in the midst of battle, unleashing his berserker rage upon the enemies of mutantkind.  Perched on the remnants of a broken building, Logan steps up to the highest point with his arms outstretched and claws unsheathed to show he means business.  The tough mutant is a solid mass of compact muscle, and every fiber is realized in detail from his thick legs to his bulging shoulders!  Wolverine's stealthy X-Force uniform has never looked cooler with its black and gray color scheme with red highlights.  Meanwhile, one look at Logan's howling face reveals the pent up, all-consuming rage within the feral hero, ready to erupt at a moment's notice to fuel his ferocity in battle!

Sculpted by Erick Sosa, Wolverine stands 10.5 inches tall in 1/6th scale with the other X-Force Fine Art Statues, and his demolished brick base matches theirs as well.  Don't miss out on your chance to grab the leader of X-Force!