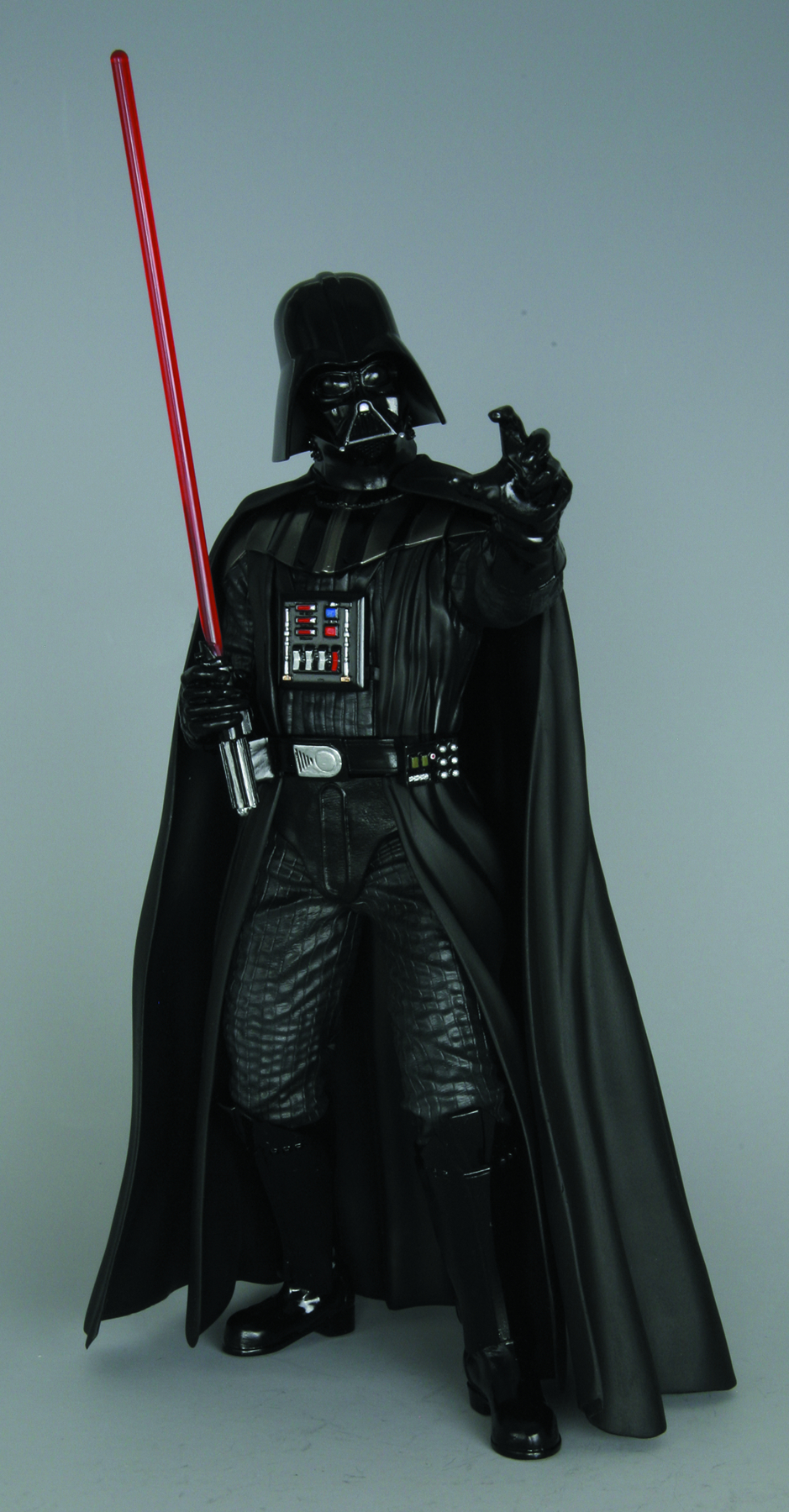 JUL121876
From Kotobukiya! The Dark Lord of the Sith is back! An all-new representation of the iconic villain based on Return of the Jedi, Darth Vader joins the elite lineup of your favorite heroes and villains from the original Star Wars films. More powerful than ever before in the Force as well as mastery of the lightsaber, the fallen Jedi stands with his crimson lightsaber at the ready for both attack and defense. The Dark Lord's armor is intricately detailed and sculpted perfectly to match its appearance in the film with all of the mechanical and cloth elements distinctly textured. Darth Vader stands roughly 7 1/2" tall. Like all Star Wars ARTFX+ Statues, he has magnets in his feet for display on the included base.