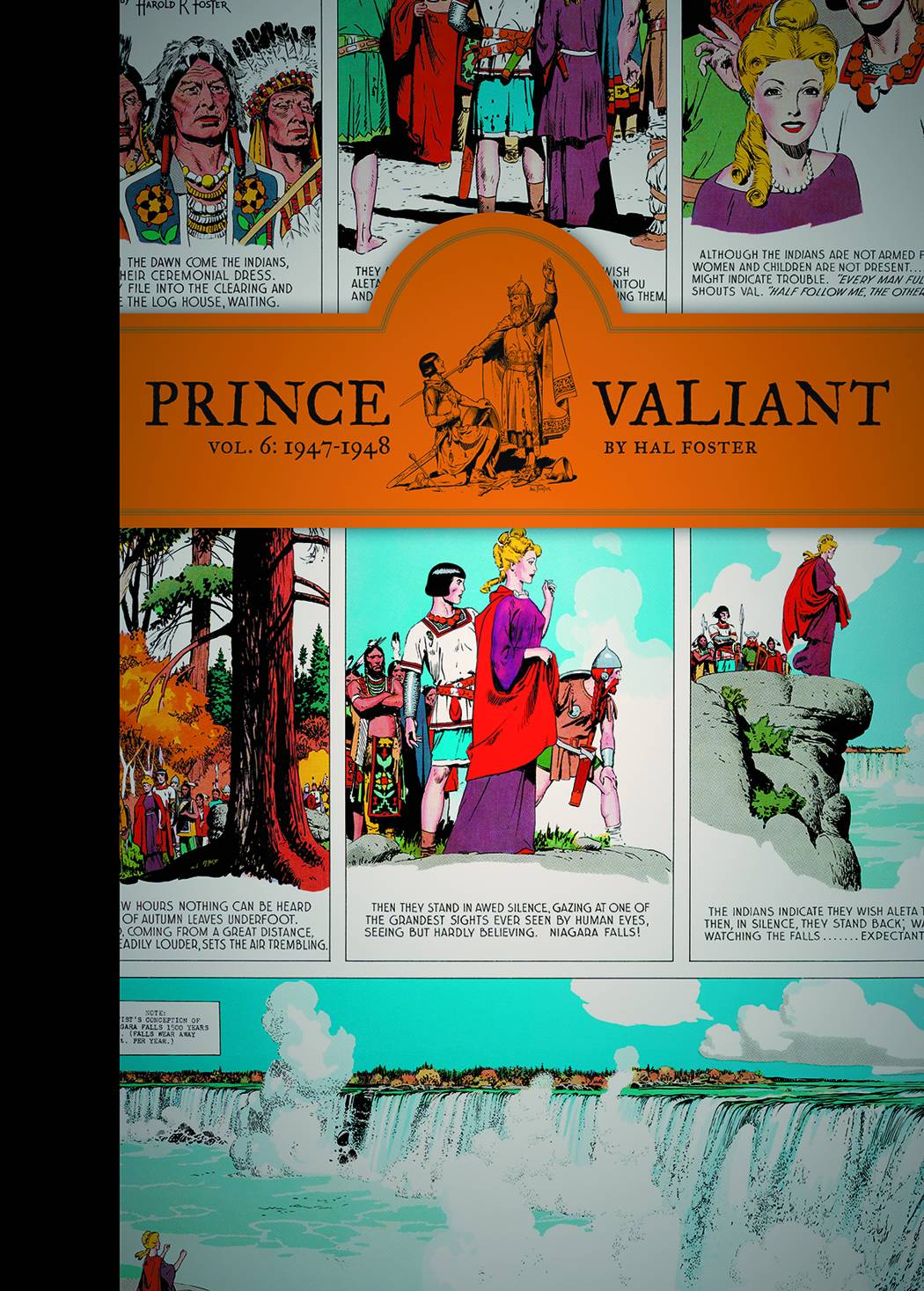 #
JUL121070
(W) Hal Foster (A/CA) Hal Foster
Hal Foster's masterpiece of adventure enters its second decade as Valiant and Aleta journey to "The New World" a 16-month epic that allows Foster to draw some of his spectacular native Canadian backgrounds, and during which Aleta gives birth to Arn and acquires her Indian nurse, Tillicum. Most of the rest of the book is taken up with the action-packed five-month sequence "The Mad King" during which Val, back at Camelot, confronts the evil, fat little King Tourien of Cornwall.
This volume will be rounded off with an essay by Foster scholar Brian M. Kane (The Prince Valiant Companion) discussing Foster's depiction of "Indians" as it relates to other interpretations of the times, accompanied by various graphic goodies such as a previously unpublished camping cartoon by Foster from circa 1915, some of Foster's Mountie paintings, Foster's own map of Val's voyage to/from the New World, and more rare photos and art. As always, this volume is shot directly from Foster's personal collection of syndicate proofs, their glorious colors restored to create an unprecedentedly sumptuous reading experience.
In Shops: Jan 23, 2013
SRP: $35.00
View All Items In This Series
ORDER SUBSCRIBE WISH LIST