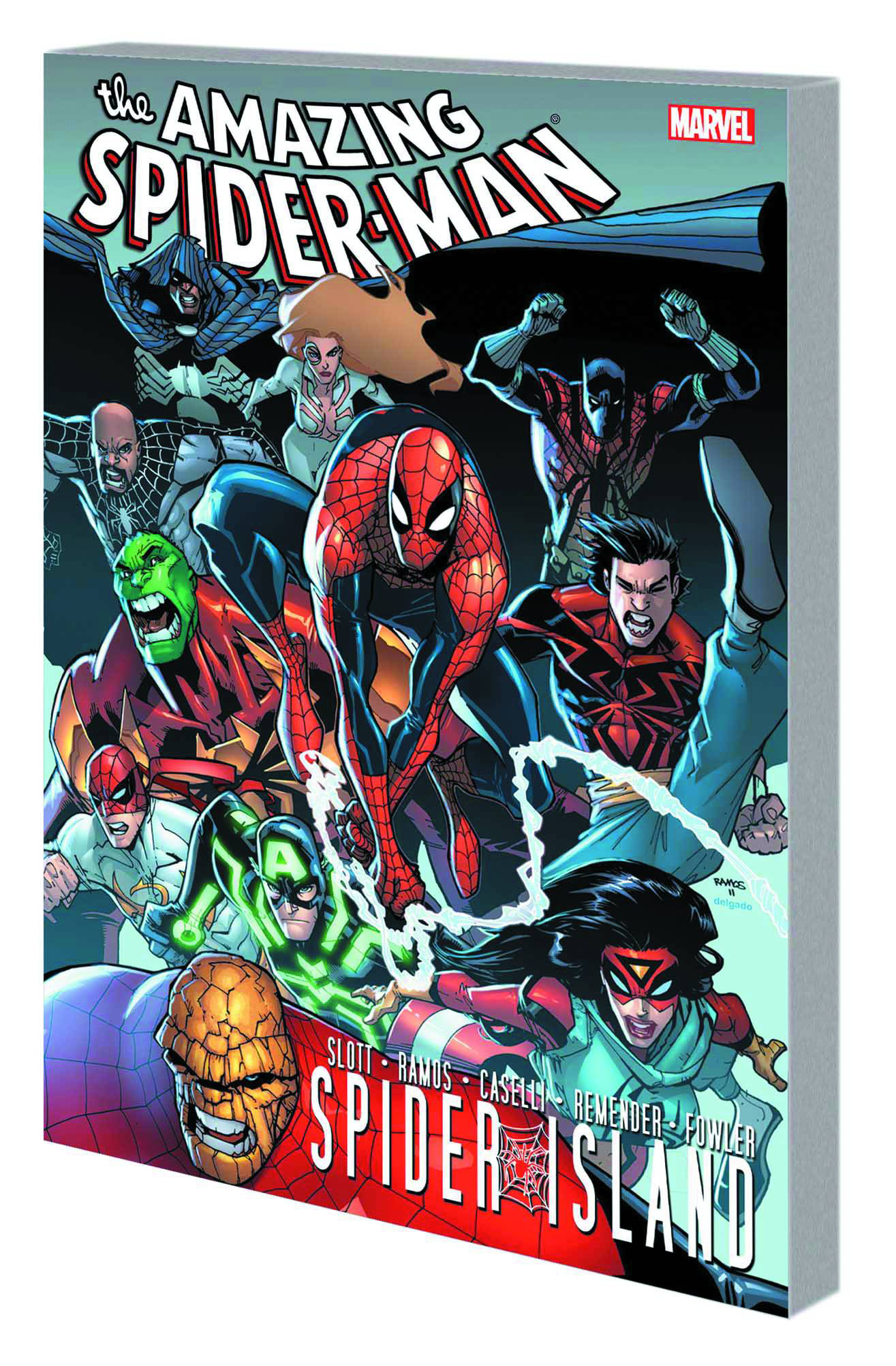 JUL120656
(W) Dan Slott, Rick Remender, Christos N. Gage (A) Various (CA) Humberto Ramos
Between keeping New York City safe as Spider-Man, being a member of two Avengers teams and the FF, and his day job at Horizon Labs, Peter Parker's life is as crazy as it's ever been. And it's about to get even crazier. Welcome to Spider-Island, where a million New Yorkers suddenly possess Spider-Man's powers - but none of the responsibility! Can Spidey play world-saving super hero while the Big Apple gets eaten alive from the inside out when he's suddenly not quite so special? When he's surrounded by a million people just as powerful as him? When even his girlfriend is web-swinging through the city? And just wait until you meet J. Jonah Jameson, the Spectacular Spider-Mayor! Collecting AMAZING SPIDER-MAN (1963) #666-673 and the "Infested" material from #659-660 and #662-664, VENOM (2011) #6-9, SPIDER-ISLAND: DEADLY FOES, and SPIDER-ISLAND SPOTLIGHT.