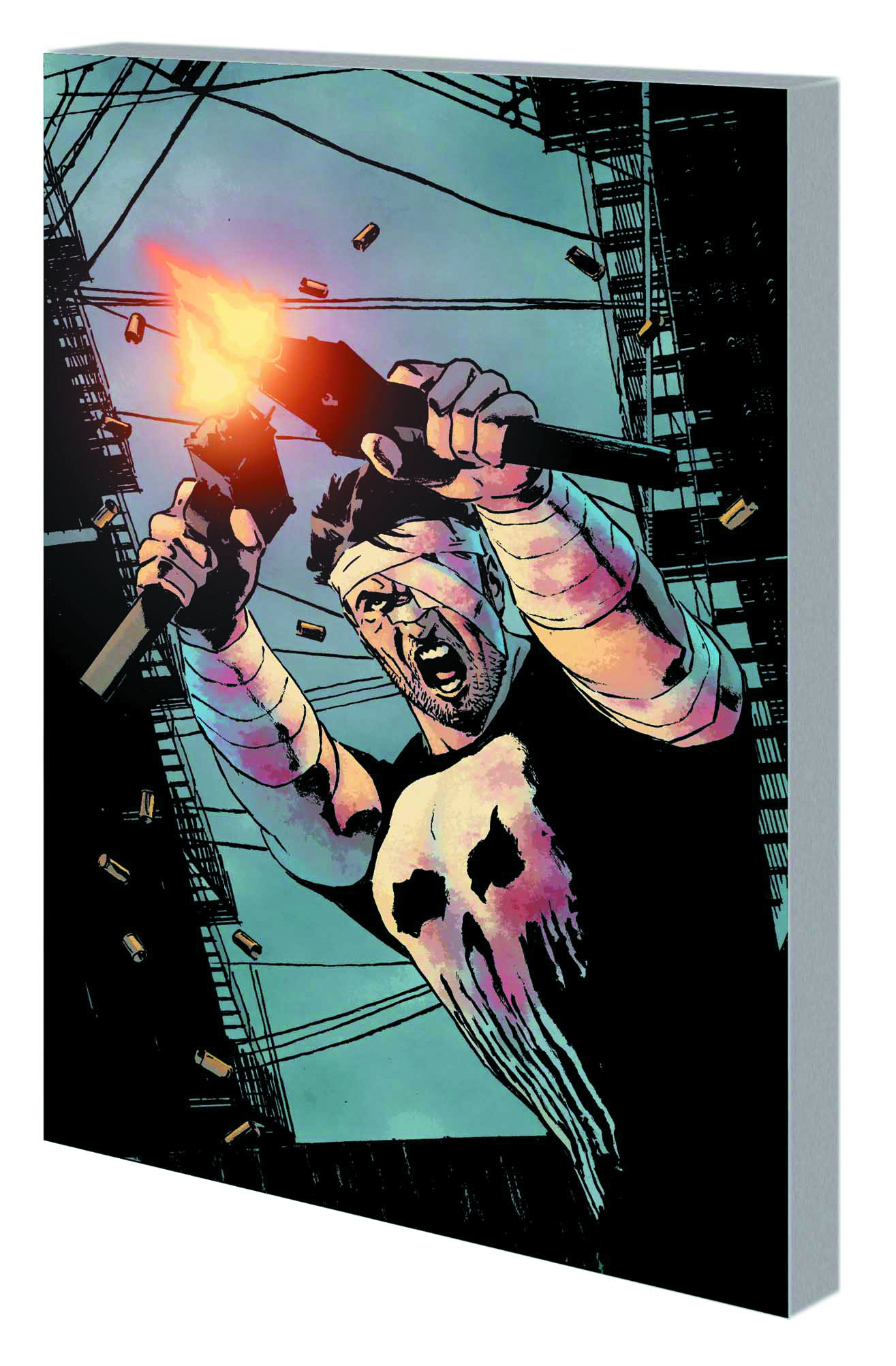 JUL120653
(W) Greg Rucka, Mark Waid (A) Various (CA) Michael Lark
A fallen Frank Castle learns the hidden truths of the Exchange and how it's connected to some of the Marvel Universe's darkest secrets! Then, when ex-Hydra and AIM agents team up to bring down the Punisher, Frank finds himself up against a soldier who's more like him than either of them realize. And when the Exchange targets the Punisher with some unique technology, things get loud. Finally, Punisher clashes with Spider-Man and Daredevil in an epic chase across Manhattan for a mysterious treasure that could change all their lives! Forced to work with two Avengers, the Punisher makes a promise: "Trust no one hurt everyone." The three heroes set their sights on a blitzkrieg takedown of New York crime, but who says they're all working together? Collecting PUNISHER (2011) #6-10, DAREDEVIL (2011) #11 and AVENGING SPIDER-MAN #6.