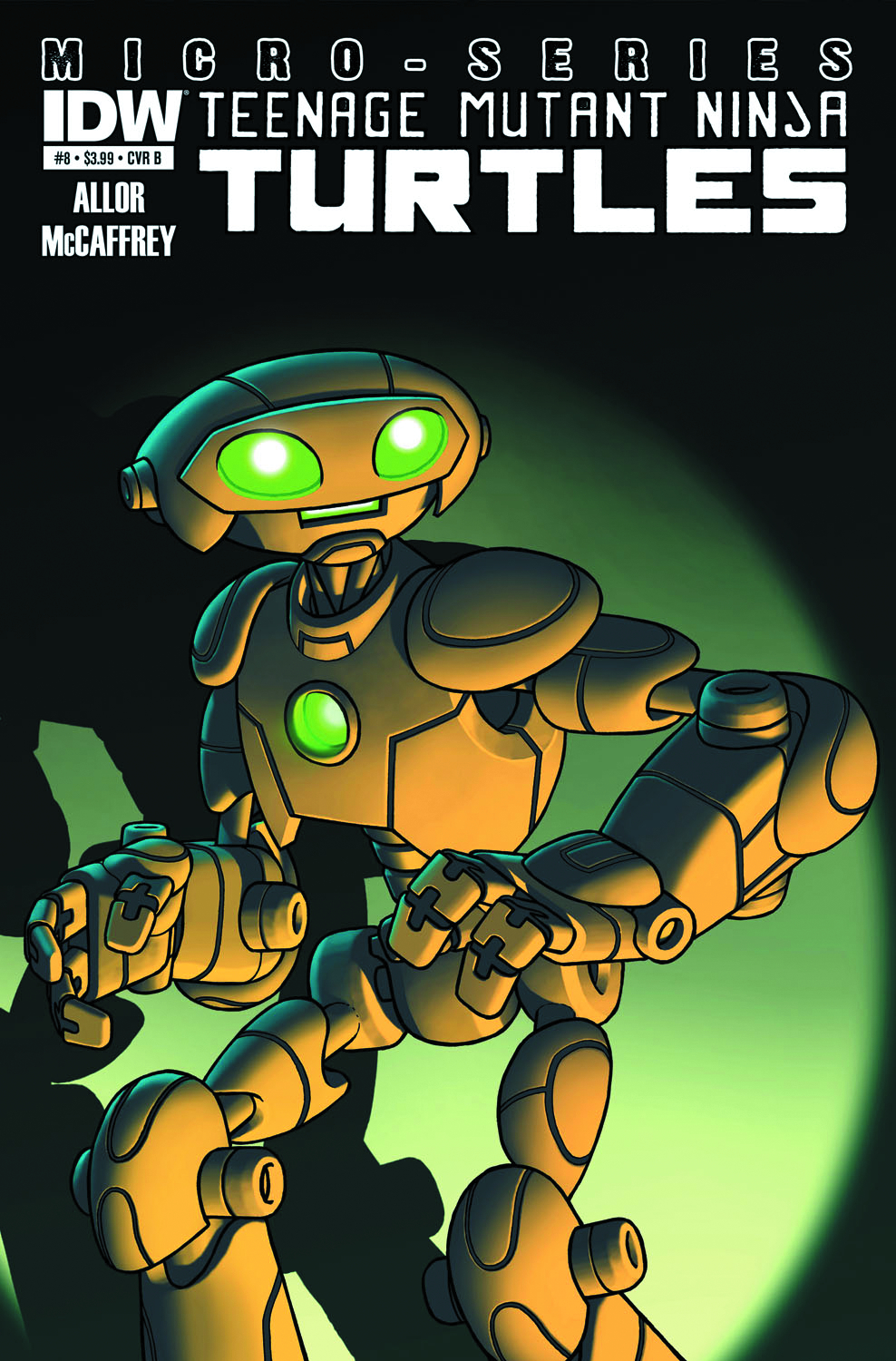 JUL120317
(W) Paul Allor (CA) David Petersen (A/CA) Paul McCaffrey
Professor Honeycutt was instrumental in developing General Krang's technology. But when he realized just how insanely tyrannical his boss was, he decided to defect. One doesn't betray Krang without consequences, though, and Honeycutt's only chance for survival was to transport his mind into a fugitive robot body! The resulting adventure leads the new 'Fugitoid' to Earth, and stands to affect the Turtles' future in an unexpected and crucial way!