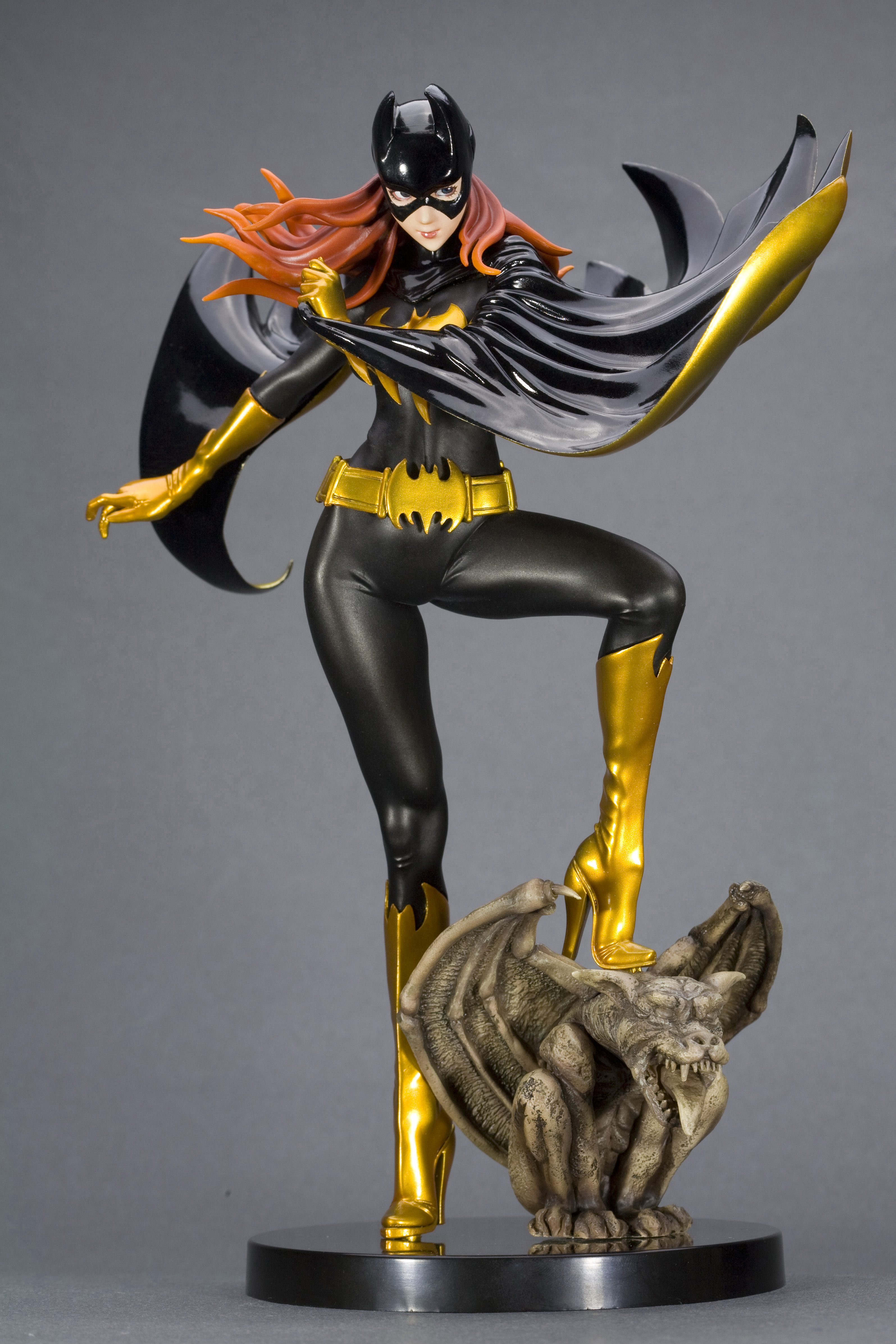 JUL111905
(A) Shunya Yamashita
A KOTOBUKIYA Japanese import! The first DC Comics bishoujo-inspired statue returns in a beautiful new color scheme, Batgirl Black Costume! As with the original bishoujo statue, every element of her classic bodysuit has been recreated from her tall boots to her bat-symbol, utility belt, gloves, cape, and cowl. But this time, instead of gray and blue Batgirl is clothed head to toe in inky black with bright gold highlights! Sculpted by Atelier Bamboo, Batgirl is constructed of high-quality pvc plastic and stands approximately 9" tall with the exclusive Gotham City gargoyle base. Barbara Gordon looks great in black, and is the perfect companion to the previously released blue and gray version of Batgirl!