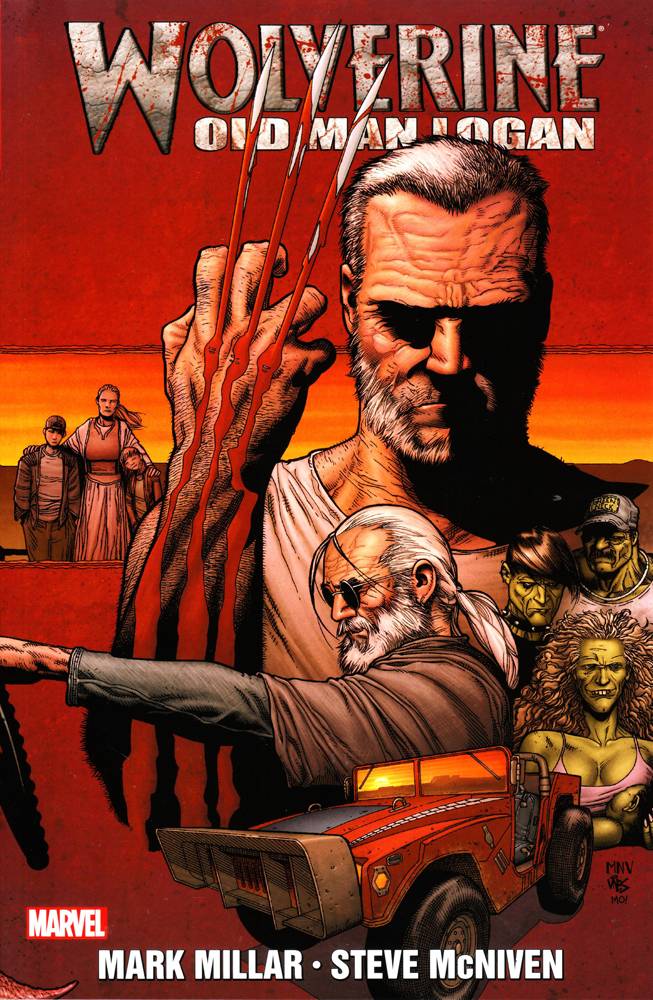 #
JUL100692
(W) Mark Millar (A/CA) Steve McNiven
Written by MARK MILLAR
Penciled by STEVE MCNIVEN
Covers by STEVE MCNIVEN & MICHAEL TURNER
Millar. McNiven. Wolverine. It doesn't get any better than this. The only way writer Mark Millar (Wanted, Kick-Ass) could top his all-time classic Wolverine tale "Enemy of the State" was to take it to the future -his Civil War brother in arms, Steve McNiven, handling the art duties! Fusing the dystopian super-hero elements of the X-Men's "Days of Future Past," the wild and wooly futurescapes of Mad Max, and the tragic pathos of Clint Eastwood's archetypal Western heroes, Millar's tale finds Wolverine at a crossroads with who he really wants to be and who he really is. Collecting WOLVERINE #66-72 and WOLVERINE GIANT-SIZE OLD MAN LOGAN.
224 PGS./Parental Advisory ...$29.99