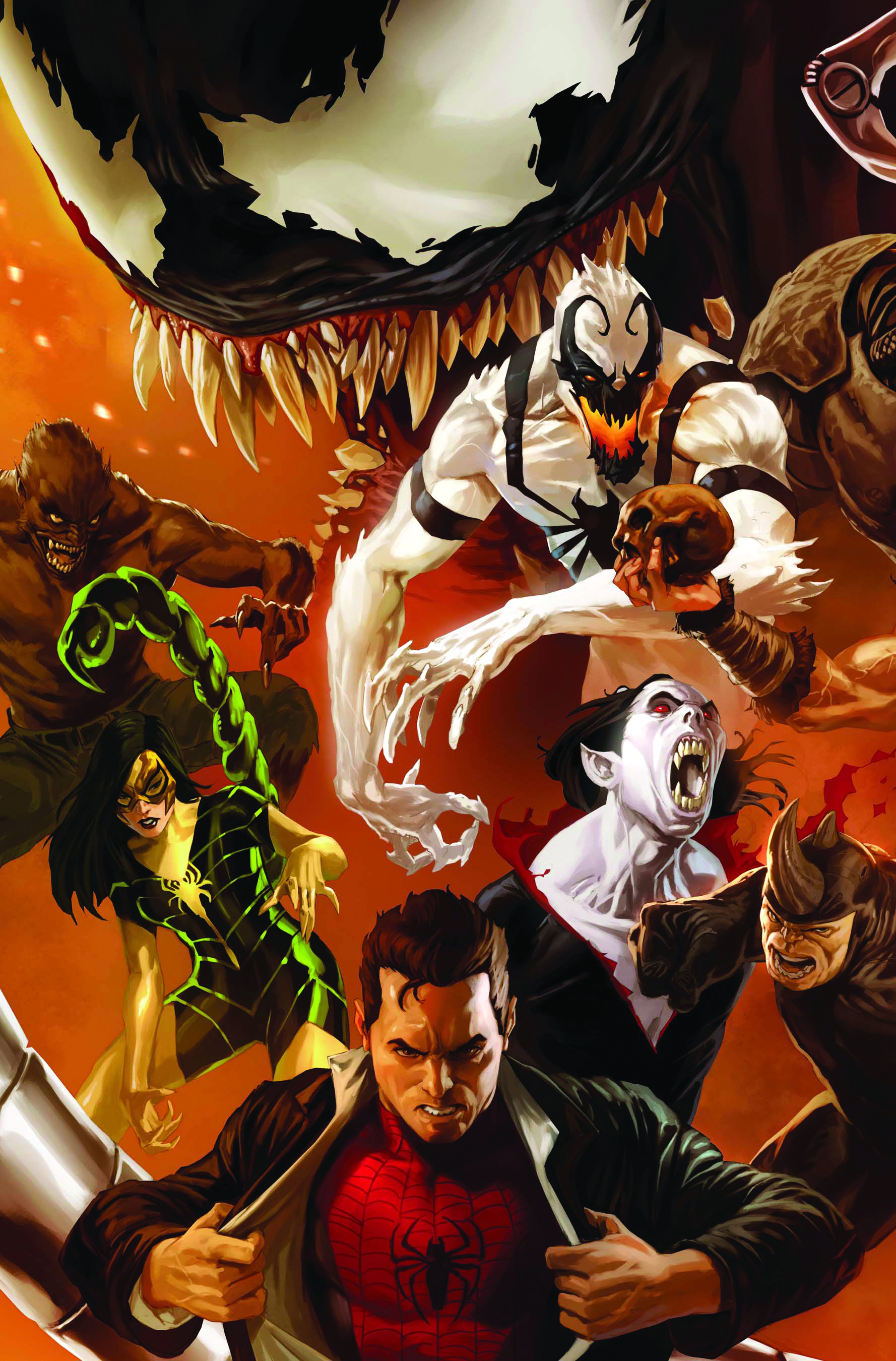 JUL100529
(W) Stan Lee, Mark Waid (A) Paul Azaceta, Marcos Martin (CA) Marko Djurdjevic
Written by MARK WAID & STAN LEE
Penciled by PAUL AZACETA & MARCOS MARTIN
Cover by MARKO DJURDJEVIC
Variant Cover by JOHN ROMITA, SR.
A five part spider-odyssey begins in ORIGIN OF THE SPECIES!
With Peter Parker's ONE MOMENT IN TIME behind him and Mary Jane back in his life, Spidey finds himself ready for a new start...but the various threads of his life since his BRAND NEW DAY are about to crash together violently. When Norman Osborn's baby is born... every villain on the planet wants the first ever strain of pure Goblin blood, leaving Spider-Man's friends and family exposed to a Sinister plan that threatens to bring down every strand or Peter's life that's been stitched together
carefully over the past few years. It may be a clich to say it...but after ORIGIN OF THE SPECIES absolutely nothing will be the same. Also this issue, we begin a series of covers by the brilliant Marko Djurdjevic that when all put together will form a giant wall-sized Spider poster featuring the people in Spider-Man's life! Plus...the Spidey Sunday feature continues breaking the 4th wall of Web-swinging Wonder by legends Stan Lee and Marcos Martin (well, Stan's a legend...Marcos is just a man who draws like one.)
32 PGS./Rated A ...$2.99