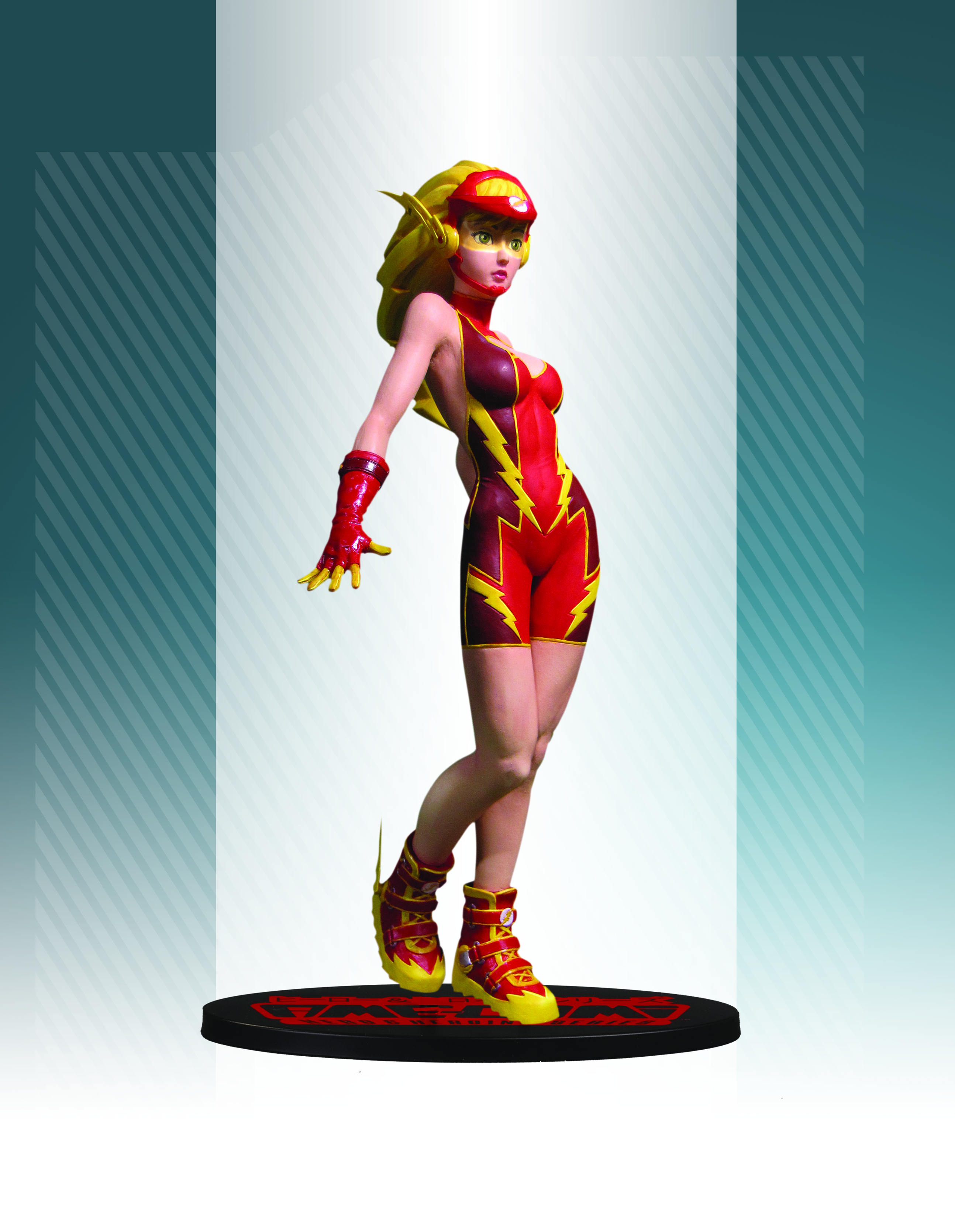 JUL100280
Sculpted by Jack Mathews
Faster Than Lightning!
Super-speedster and member of the Flash family of zoomers, Jesse Quick invokes the mysterious 3x2(9y2)4A formula, tapping into the power of the Speed Force.
Fleet of foot, Jesse sizzles with swiftness!
Packaged in a 4-color window box with J-hook, this non-articulated PVC statue stands approximately 9" high and includes a display base.
On sale February 9, 2011 * Statue * $70 US