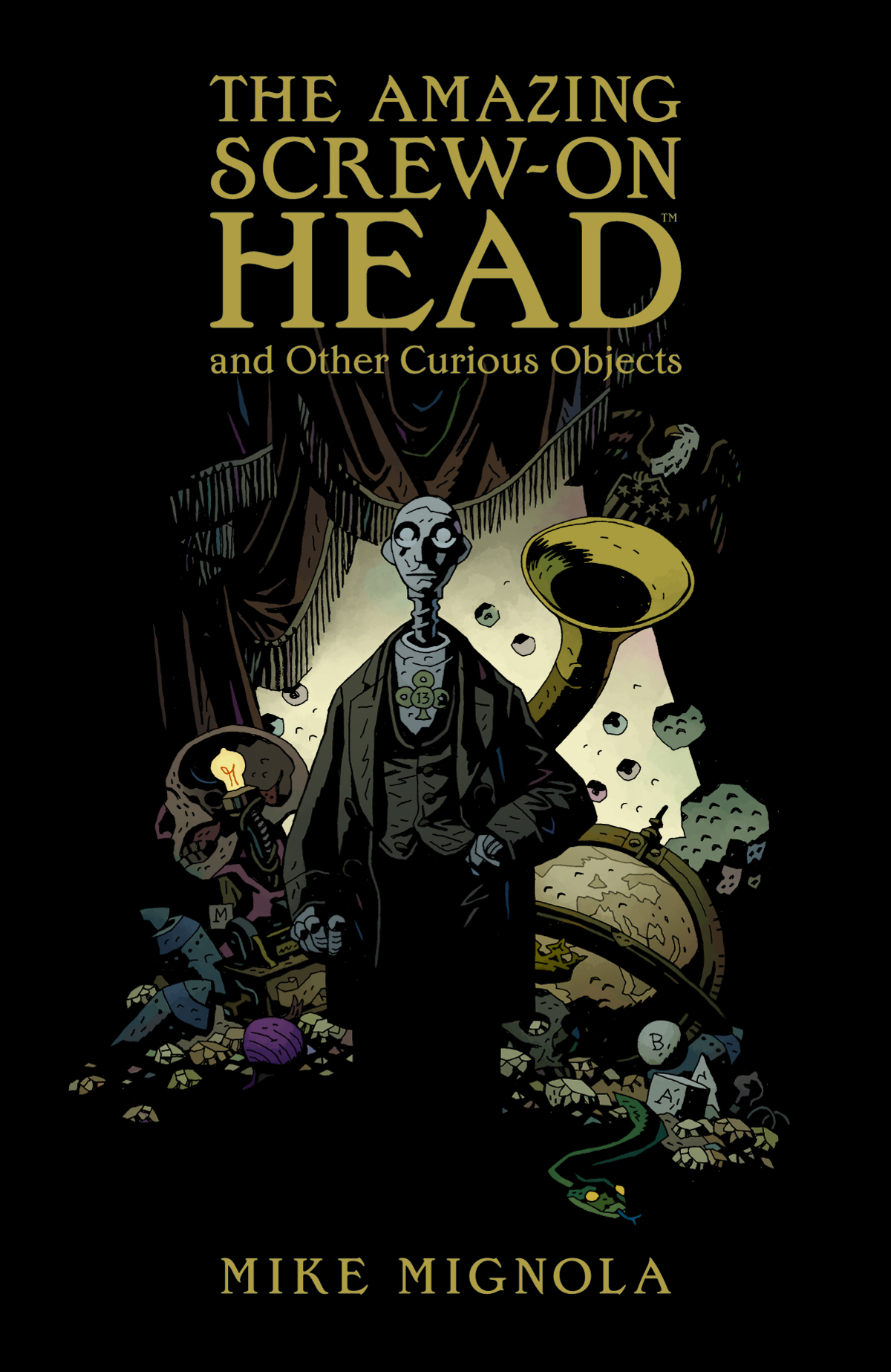 JUL100069
(W) Mike Mignola (A/CA) Mike Mignola
Mike Mignola has deservedly become one of the biggest names in comics for his creation of Hellboy. But when Mignola needs a short break from the Hellboy universe, he turns to diversions such as The Amazing Screw-On Head, winner of the Eisner Award for Best Humor Publication!   When Emperor Zombie threatens the safety of all life on earth, President Lincoln enlists the aid of a mechanical head. With the help of associates Mr. Groin (a faithful manservant) and Mr. Dog (a dog), Screw-On Head must brave ancient tombs, a Victorian flying apparatus, and demons from a dimension inside a turnip. This new collection of oddball Mignola creations also includes "The Magician and the Snake," from Dark Horse Maverick: Happy Endings, and nearly fifty pages of brand-new material, all as weird and hilarious as the beloved Screw-On Head.