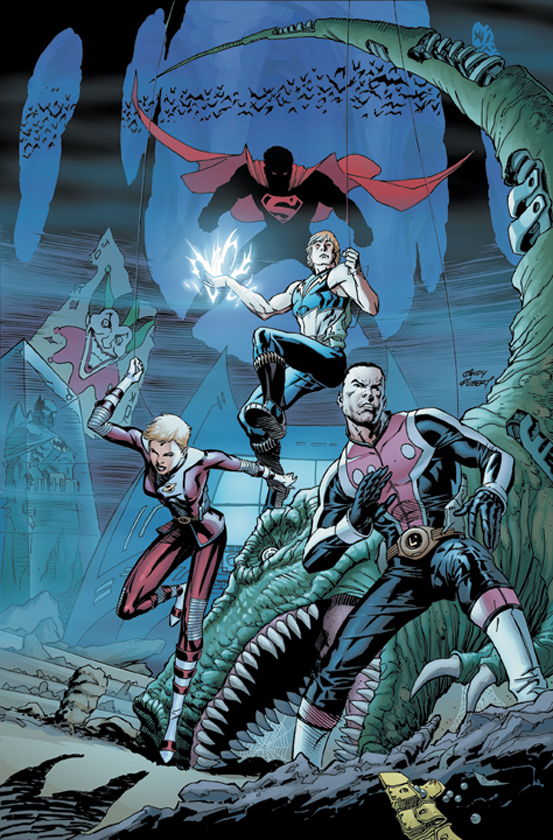 JUL078219
Written by Geoff Johns
Art by Gary Frank & Jonathan Sibal
Cover by Frank
Variant Cover by Andy Kubert
The return of the original Legion of Super-Heroes continues! The Man of Steel's jump to the future is anything but idyllic as he finds a world torn apart by strife and a populace that has turned on the Legion of Super-Heroes - and it's all because of Superman! But what went wrong, and how can Superman begin to fix it when he's Public Enemy #1? Retailers please note: This issue will feature two covers that may be ordered separately. For every 10 copies of the Standard Edition (featuring a cover by Gary Frank), retailers may order one Variant Edition (featuring a cover by Andy Kubert). See the Previews Order Form for more information.