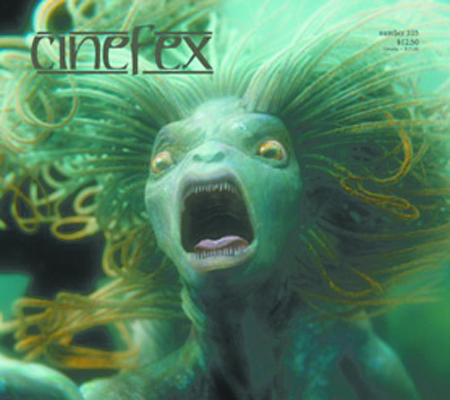 JUL063623
Cinefex Magaine features the latest in special effects in science fiction, fantasy and horror films. This issue focuses on two huge films that are due to hit theaters this year. Pirates of  the Caribbean: Dead Man's Chest, features Johnny Depp in his return as Captain Jack Sparrow in director Gore Verbinski's follow-up to his 2003 blockbuster. Visionary filmmaker Darren Aronofsky directs Hugh Jackman and Rachel Weisz in The Fountain, an epic film odyssey about one man's 1,000-year struggle to save the woman he loves. With overview articles on writer-director Richard Linklater's roto-animated adaptation of Philip K. Dick's sci-fi novel, A Scanner Darkly, director Oliver Stone's World Trade Center, writer-director M. Night Shyamalan's Lady in the Water, and the needs-no-explanation thriller, Snakes on a Plane.