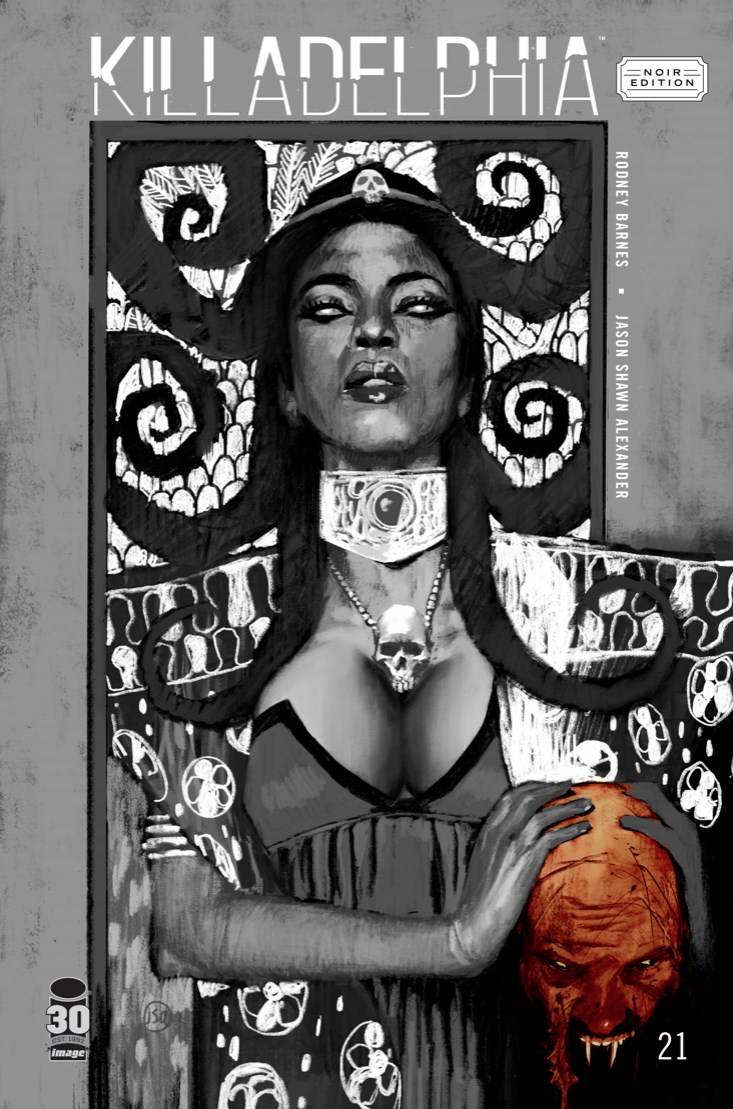 FINALLY! Discover the secret origins of vampirism in the United States as the one true king of darkness reveals himself! When his machinations turn out to be more merciless than anything undead detective Jimmy Sangster and the people of Philadelphia have seen so far, even their newfound werewolf allies can't prevent them from suffering a terrible loss. Is this the end of SeeSaw? Will they be able to save him in time, or will they lose their most powerful ally?
In Shops: Apr 20, 2022
SRP: $3.99
View All Items In This Series
ORDER SUBSCRIBE WISH LIST