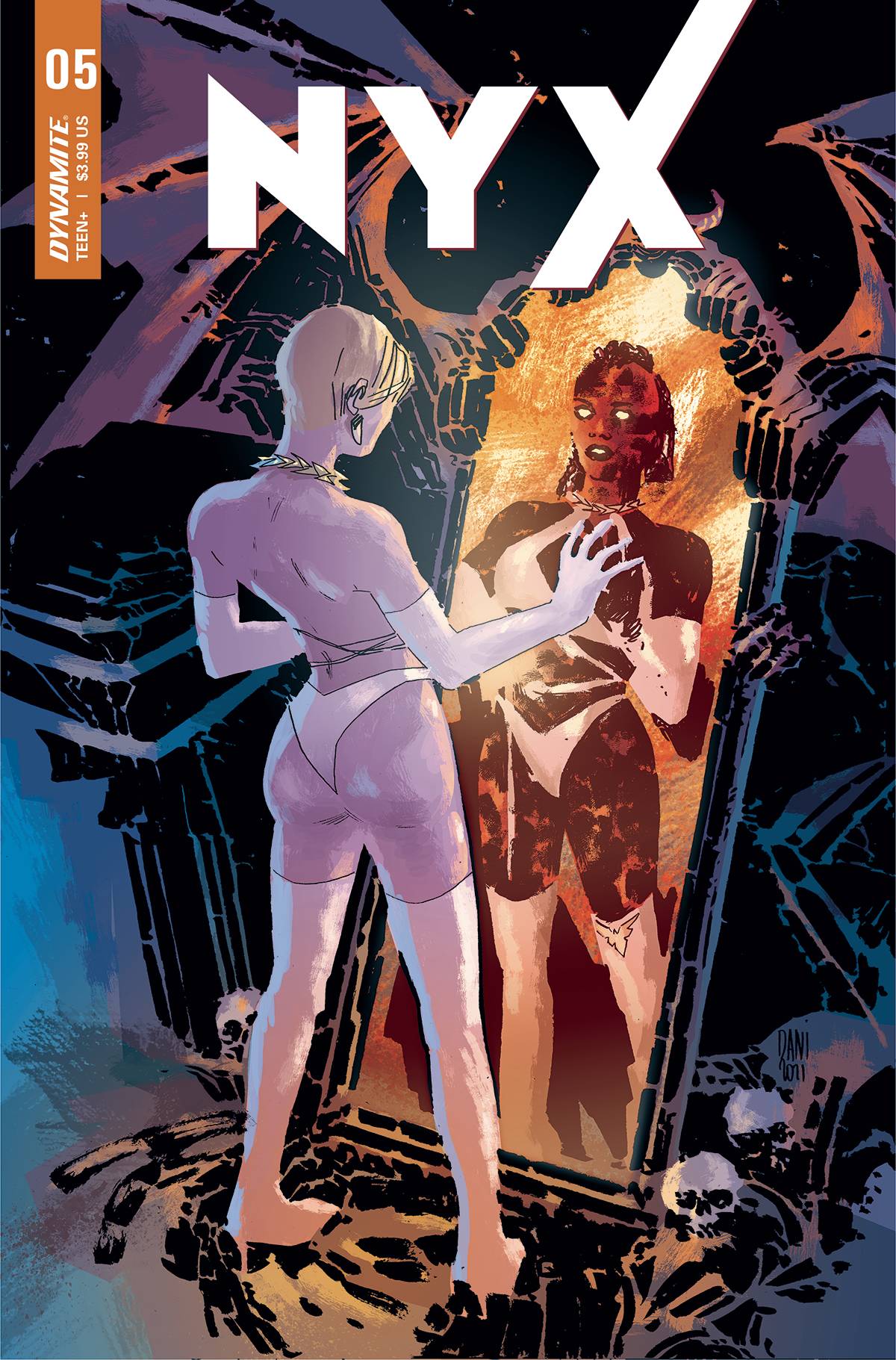 #
JAN228356
(W) Christos Gage (A) Marc Borstel (CA) Dani
It's all led up to this! Nyx has been weathering the struggle between her human and demon sides for the past four issues... (not to mention her entire life), and by the time this one's over, she'll have found an answer...or she'll be dead! Probably at the hands of her father, the Mad God Chaos, who has whipped himself into shape after being a bit of a mess in issue #2 and is once again an unstoppable force of the universe. Has our story so far given Nyx anything that can save her, or has it all been a pointless journey of excessive drinking and violence? Like the meme says...why not both?