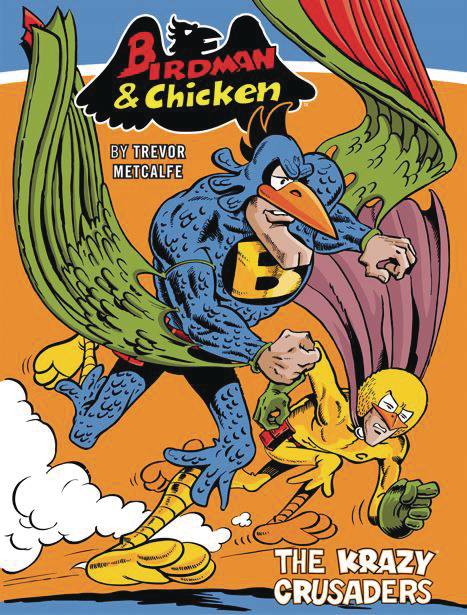 #
JAN221608
To the outside world, Dick Lane and Chic Dodds look like two average, law-abiding citizens. However, they lead an amazing double life - for when fiendish finks and vile villains step over the line, Dick and Chic strike back as the crime-fighting duo, Birdman and Chicken! Cowled, caped and equipped with a vast array of crime-busting gadgets, Birdman and Chicken fight back against the likes of The Giggler, Sourpuss, The Puzzler and Father Time - and sometimes they win! A rib-tickling parody of the 1966 Batman television series, Trevor Metcalfe's super-series was a highlight of Krazy comic every week and is finally collected here for the first time.
In Shops: Jul 27, 2022
SRP: $24.99
ORDER WISH LIST