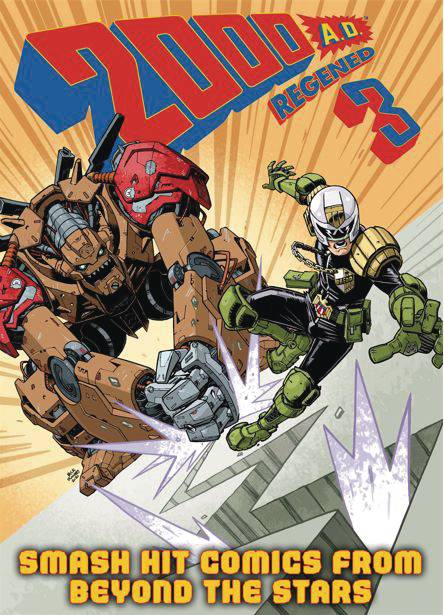 #
JAN221606
(W) Cavan Scott, Arthur Wyatt, Ramzee (A) Simon Coleby (CA) Nick Roche
The galaxy's favourite thrill-powered science fiction comic is back with another line up of electrifying stories aimed at all ages! Reimagined versions of classic 2000 AD characters like Judge Dredd, star alongside brand new characters, specially created for a younger audience. In this, the third smashing volume, follow the action packed adventures of Cadet Dredd as he battles giant robots! Save the world from aliens with Judge Anderson! Meet the mightiest cat burglar of Mega-City One! Marvel at the brain-busting and jaw dropping Future Shocks! Plus, in an exclusive new strip, classic 2000 AD characters the Harlem Heroes return!
In Shops: Mar 16, 2022
SRP: $15.99
View All Items In This Series
ORDER SUBSCRIBE WISH LIST