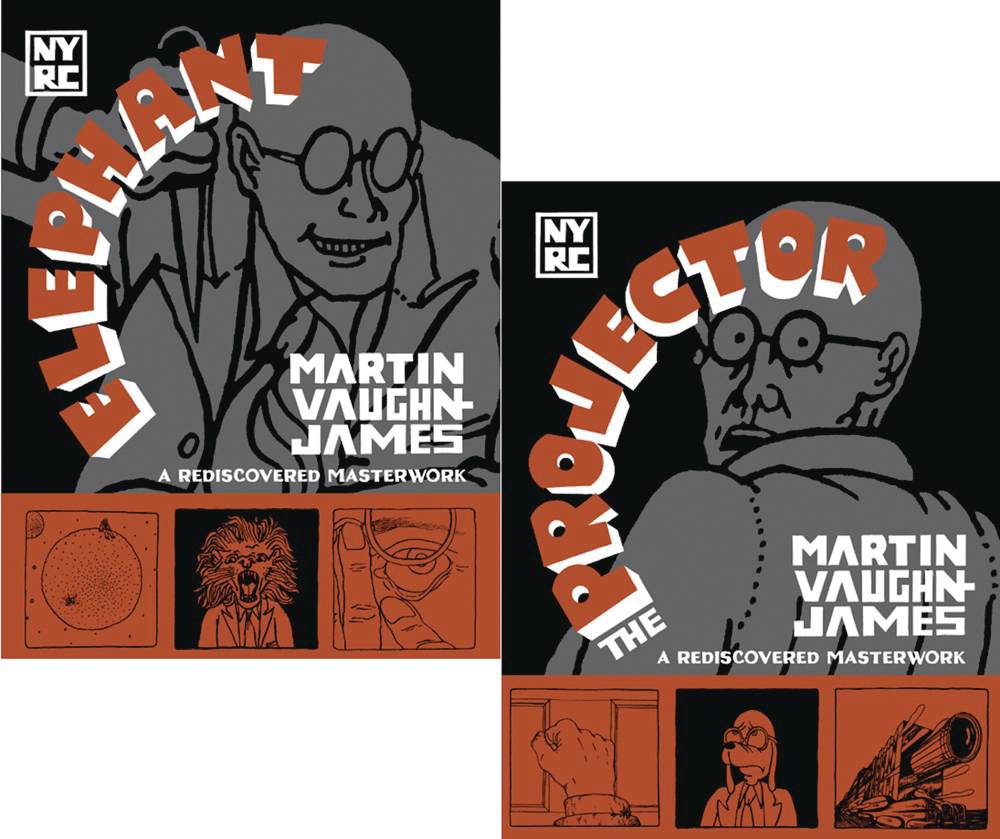 #
JAN221551
(A) Seth
Two surreal graphic novels about technology, corporatization, and alienation in the modern world by a cult-favorite comics innovator.
In 1968, the British artist and writer Martin Vaughn-James emigrated to Canada. Over the next eight years, he proceeded to produce some of the most mesmerizing and inventive works in comics, light-years ahead of his contemporaries. Among them were Elephant and The Projector, linked graphic novels that guide the reader (and a bespectacled Everyman) through landscapes built out of both the everyday and the nightmarish. Jam-packed superhighways, plummeting horses, vast urban wastelands, colossal businessmen, demented cartoon animals, and interstellar oranges are just a small part of Vaughn-James's prophetic vision of society's turn away from the natural world to the artificial.
Together for the first time in a single volume, designed and edited by Seth and with an introduction by Jeet Heer, Elephant and The Projector stand as a reminder that we have yet to catch up to Vaughn-James.
In Shops: Apr 20, 2022
SRP: $49.95
ORDER WISH LIST