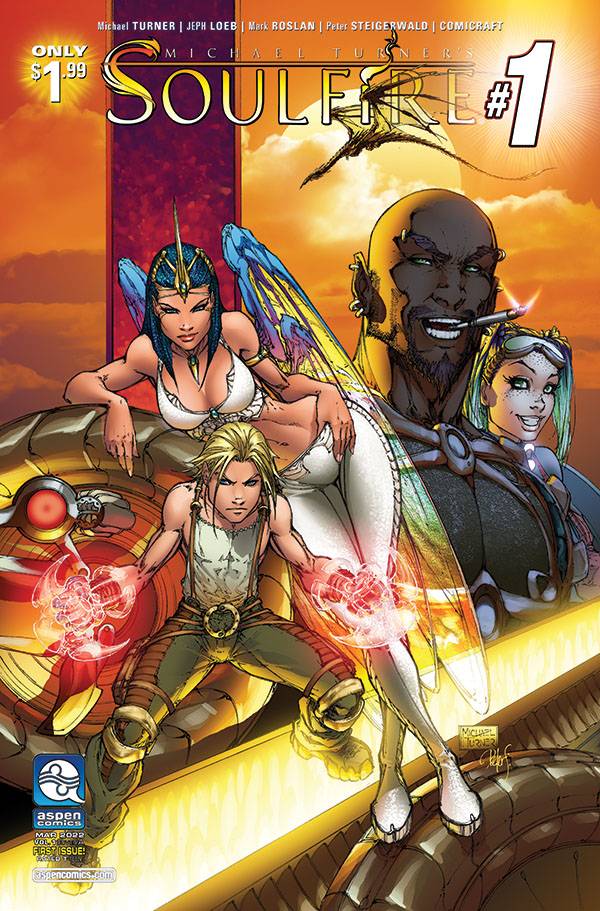 #
JAN221217
(W) Michael Turner, Jeph Loeb (A) Mark Roslan (CA) Giuseppe Cafaro
Aspen's premiere flagship title that started it all is back in an even better format as Michael Turner's hit magical adventure series SOULFIRE returns!
In 2003, Aspen Comics debuted Soulfire, its newest hit series created by superstar artist Michael Turner, his first since his best-selling Fathom series. Soulfire quickly went on to become one of Aspen's most pivotal titles over its nearly two decades in print.
Aspen is excited to revisit the magic and wonder of the Soulfire universe in this over-sized Special Edition featuring the original interior pages as well as an advance Soulfire: The Core sneak peek, all for a great introductory price! The SOULFIRE #1 SPECIAL EDITION is 40 pages of pure Soulfire magic and the perfect jumping-on point for new and loyal readers alike.
In Shops: May 04, 2022
SRP: $1.99
View All Items In This Series
ORDER WISH LIST